The third fort was obtained without any resistence giving easy access to Morgan and his crew into the city. However, the Spanish troops attacked Morgan’s crew in a bid to save their trade centre. But, Morgan had launched a surpirse attack on the Spanish vessels and defeated them.

Morgan and his crew collected money from the locals for around 2 months. Afterwards they took Spanish towns and citizens as hostages for ransom.

After his success in the Spanish trade centre, Morgan went on an expedition to a town called Maracaibo located on Lake Maracaibo. Morgan had been able to defeat the Spaniards after a brief battle. The humiliating defeat made the Spanish troops turn their focus on Jamaica. They started threatening to attack Jamaica. 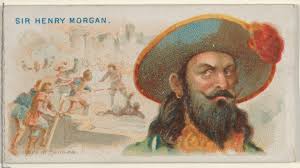 Morgan was made commander-in chief and was working as a privateer on behalf of the Crown. After scanning the Cuban coast, Morgan turned his attention on Panama. In order to capture it, he had devised an a strategy. He divided his troops in two groups and then launched an attack killing thousands of Spanish men.

Spain had already taken away much of its wealth on a Spanish ship and had it securedly placed into the Gulf of Panama, far away from the clutches of the inturders. The attack on Panama lead to the dissolution of the peace agreement between England and Spain.

By 1681, Morgan’s health had started deteriorating. He was also diagnosed with tuberculosis. In 1683, Morgan was suspended from the Jamaican Council. In 1688, Morgan died as a result of severe health conditions.

It was believed that apart from tuberculosis, acute alcoholism and other unknown causes were thr reason for his death. His body was buried in Palisadoes cemmetery which was later on destroyed because of the 1692 earthquake.

Morgan was one of the most merciless pirate ever known. But, at the same time, he was daring, brutal and intelligent. All this made him the most fearing pirates. Morgan was also the most respected buccaneer of all times and was regarded as the King of Pirates. Morgan used every opportunity in thr right manner for his and his crews benefit. The pirates that followed his techniques were less successful than him.