In the Elizabethan Era is considered to be the time when literature was at its peak with people like Shakespeare being as one of the greatest people that enlightened the crowds and masses with their his pieces of work and skills are even appreciated today.

The major side that showed and glowed development was the development of drama. William Shakespeare was inspired by relationship, sonnets and his sonnet’s portrayed a theme of a moment in time and changeability and exquisiteness. The majority of Shakespeare’s plays initially were supervised by religious authorities.

William Shakespeare’s plays consist of many being comedy, genres, satirical, romance and tragedy. Shakespeare’s most famous works were “A Midsummer Night’s Dream”, “Romeo and Juliet”, “Much Ado about Nothing”, “Macbeth”, “Julius Caesar” and “Hamlet”. The style that William used to write these plays were usually a blank verse with iambic pentameter.

William concentrated his work on the issues and daily life at that time, as some of his work showed themes based on harassment for power. It was amazing how these themes could touch all classes peoples not only to upper class

People during Elizabethan Era’s acknowledge these plays and like watching plays because of its tradition of drama and richness, in these theatre performances and that is sole reason it stands out of the box many other plays that people admire watching. 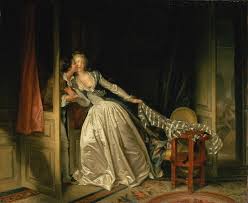 In the Elizabethan Era, many People usually visited the amphitheaters to watch these Shakespeare’s extraordinary plays. During this Era, literature was at its peak with romance and love contributing to it to a very large extent.