What was the Black Death in the Renaissance?

“Black Death” is referred to the instance of plague occurring in Europe between 1347 and 1352. Plague affected the whole population, not just small elite. Coming out of the East, the Black Death reached the shores of Italy in the spring of 1348 unleashing a rampage of death across Europe unprecedented in recorded history.

Having no defense and no understanding of the cause of the pestilence, the men, women and children caught in its onslaught were bewildered, panicked, and finally devastated. No doctor’s advice, no medicine could overcome or alleviate this disease. The plague had three distinctly different forms. 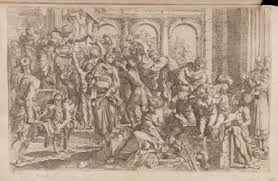 Bubonic Plague in the Renaissance

Bubonic plague was the most common form of the disease. This type of plague affects the lymph system, and its name came from the large “buboes,” or swollen lumps, that would appear on the neck, groin, and armpits of the victim.

Pneumonic Plague in the Renaissance

The pneumonic plague was much more dangerous than the bubonic plague. This variation of the disease affected the host’s respiratory system and was an airborne disease.

Septicemic Plague in the Renaissance

The septicemic plague was the deadliest of the three types of plague, with the mortality rate running between 99 – 100%. Fortunately, this was also the rarest of the plague derivations. Septicemic plague occurred when the plague bacteria multiplied heavily in the blood, causing bacteremia and severe sepsis.

How many people were affected by plagues in the Renaissance?

Figures for the death toll vary widely by area and from source to source as new research and discoveries come to light. It killed an estimated 75-200 million people in the 14th century. The initial outbreak of plague in the Chinese province of Hubei in 1334 claimed up to ninety percent of the population, an estimated five million people.

During 1353-54, outbreaks in eight distinct areas throughout the Mongol/Chinese Empire may have possibly caused the death of two-thirds of China’s population, often yielding an estimate of twenty-five million deaths.

Dead bodies filled every corner. Such was the multitude of corpses brought to the churches every day and almost every hour that there was not enough consecrated ground to give them burial, especially since they wanted to bury each person in the family grave, according to the old custom. Although the cemeteries were full they were forced to dig huge trenches, where they buried the bodies by hundreds. Here they stowed them away like bales in the hold of a ship and covered them with a little earth, until the whole trench was full.”

What other common sicknesses were around in the Renaissance?

The most common diseases in those times were the following:

What were some common medical practices?

Earlier medicine in Europe was largely built upon theories, with little research into what actually worked. Knowledge filtering from the Islamic world improved the situation somewhat, but even their contribution hailed back to the incorrect assumptions made by Aristotle and Pliny the Elder. Later a more scientific approach, aided by the anatomical expertise of Renaissance artists, the situation improved as physicians gradually threw out superstition and alchemy, developing cures and improving surgical procedures.

The main change in Renaissance medicine was largely due to the increase in anatomical knowledge, aided by an easing of the legal and cultural restrictions on dissecting cadavers. This allowed doctors to gain a much better understanding of the human body and get rid of techniques that harmed rather than cured.

More Info On- Plagues and Sicknesses in The Renaissance, Popular Elizabethan Era Tragedies