Sebastian Cabot, son of the explorer John Cabot was born about 1747 and like his date of birth, his place of birth also remains a matter of uncertainty. Both Venice and Bristol are attributed to his birthplaces. Also, unlike his father, Sebastian did not sign himself up for the service of a particular government.

He worked as a mapmaker for England’s Henry VII, as a captain for Spain’s King Ferdinand V, explored for England again and also maybe for Venice as well.

First Sebastian Cabot accompanied his father to Newfoundland. And though the voyage proved unsuccessful, it set an example for fellow ambitious seafarers to follow. And Sebastian himself tried again, in 1508, following his father’s footsteps, to find the North-west Passage.

It is recorded that he claimed he had found one but there does not seem to be any certainty to the fact and anyhow he was forced to turn back to England as his crew refused to move ahead. Four years later, Henry VII, King of England hired Cabot as a mapmaker.

The same year saw him accompanying Willoughby to Spain. Soon, the King of Spain, Ferdinand V credited Cabot for his talent and bought him off by making him captain.

But Ferdinand’s death turned Cabot’s way back to England. King Henry VIII of England offered Sir Thomas Pert and Sebastian Cabot to sail and the pair sailed in two ships to explore the coasts of Brazil and the West Indies but they were severely attacked at Hispaniola. 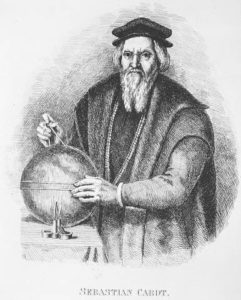 The expedition was withdrawn immediately and as a result, Cabot moved back to Spain on being offered better returns for services. He was later made a member of the Council and he also held rank as a major pilot there.

It is said that despite this, Sebastian Cabot offered his services under coverage, to his native place, Venice. Later on, when he received the rank of captain general in Spain, he was given the responsibility of interpreting important information for the Spanish government and Navy.

If Cabot would have followed the expedition, it might have resulted in a revolution of the world on sea routes but Cabot got attracted to stories of the rich Incan king in Brazil and he immediately left his expedition to discover and roam inside the Rio de la Plata. 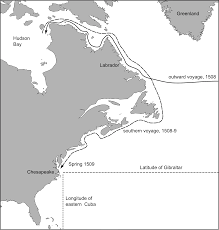 This activity and many such other activities earned him the hatred of his crew and Sebastian Cabot was condemned by the Council of the Indies on the reason of negligence, maladministration, irresponsible dealings causing the death of officers under his command. He was sentenced to heavy fines and two-year banishment to North Africa.

No reliable record is available on this controversial master of the sea, but whatsoever knowledge is possessed, it remains clear that he not only mastered the sea, but also his own life.