When was Sir Francis Bacon Born?

Anne Bacon’s sister was the wife of William Cecil, 1st Baron Burghley making Francis his nephew. It is believed that Francis was tutored at home during the early years of his life because of his illness he was educated by John Walsall who was a Oxford graduate.

In 1573, Francis went to Trinity College, Cambridge when he was twelve years old. He stayed there for three years with his older brother Anthony under the guidance of Dr. John Whitgift. Major portion of Francis Bacon’s education was in Latin and during his stay at the University he met Queen Elizabeth for the first time. 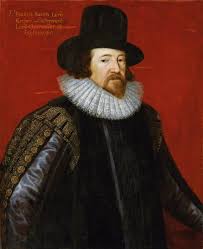 She was very impressed by his intellect and would refer to Francis as ‘ the young Lord Keeper’. His education led him believe that the way in which methods and results of science were carried out were full of flaws. He also opposed Aristotle’s philosophy. In 1576, Francis along with his brother Anthony entered “de societate magistrorum” at Gray’s Inn and in the same year joined Sir Amias or Amyas Paulet on his trip to France.

Sir Paulet was the English ambasssador in Paris. In France, Sir Francis gained a lot of valuable political information. After France he also visited place like Blois, Poitiers, Italy and Spain. While travelling he would learn languages, statecraft, civil law and perform his diplomatic tasks.

In 1579,when Sir Francis was 18 years old, his father died and he had to return to England immediately. Sir Nicholas Bacon had saved a large amount of money to buy an estate for Francis but, before Sir Nicholas could execute his plans into action he died.

The fact that Sir Francis was the youngest among the siblings, he was left with barely one fifth share of the money. This amount was not sufficient to survive and so Sir Francis borrowed money and was left with a debt to pay. In order to sustain and repay the money, Francis started living in Gray’s Inn and pursued law as a profession.

He gave an application to his uncle, William Cecil stating his willingness to work in the court. This application was not accepted and he worked at the Inn for some time and after a couple of years, he was called at Bar in 1582. In 1584, Francis was just 23 years old and had entered in the House of Commons.

During his struggling years, his rich relatives were of no help to him and it is even said that Queen Elizabeth did not trust him. However, after Queen’s death, James I of Scotland became the King. It was during the time of James I that Francis Bacon’s could build his properly career. Sir Francis was awarded knighthood in 1603, became Baron Verulam in 1618 and 1st Viscount of St. Alban in 1621.

In 1586 he played a major role in the execution of Mary, Queen of Scots. Francis had three goals in his life- to uncover truth, serve his country and serve his church. He represented Melcombe in 1584 and Taunton in 1586 in parliament. Around 1591, Francis was the confidential adviser of Robert Devereux, 2nd Earl of Essex, a favourite of the Queen.

In 1596, Francis was made a Queen’s Counsel, but missed the appointment of Master of the Rolls. In 1597, Francis published his first edition of his Essays along with Sacred Meditations and the Colors of Good and Evil. In 1608, Francis had entered upon the Clerkship of Star Chamber and received considerable amount of income.

In 1613, he was appointed as the Attorney-General. Around 1621, Sir Francis had written the New Atlantis, a political romance. In the same year, he was charged with corruption in about 23 cases and the evidence against him was so strong that he did not make any attempts of defending the charges.

The Parliamentary Committee found him guilty and was required to pay a fine of $40,000 and to remain in the Tower during King’s pleasure. He was also not permitted to hold any office or sit in parliament. He very closely escaped from his titles being taken away from him.

In 1626, Sir Francis returned to England. It was a snowy day when Francis was on his way home when he suddenly thought of doing some experiments with the properties of snow. It was during this experiment that Sir Francis caught pneumonia and eventually died at Arundel mansion outside London on 9th April 1626.

At the time of his death, he had a debt of $22,000 on him. Francis through his work provided for a method of developing philosophy. In De Augmentis scientiarum(1623), Francis makes a distinction between duty to community and duty to God. His famous work the Novum Organum was published in 1620.

The title of Francis Bacon’s work is a reference to Organon, Aristotle’s work. In Novum Organum, Francis talks about a system of logic far more superior than the old methods of syllogism. This work shows the beginning of Baconian(scientific) method. It can be therefore said that Bacon was one of the most intellectual and powerful mind ever possessed by a man.