Childrens Education in Tudor Era: During the Tudor rule, not much importance was given to education. It was a sort of luxury that only those with money could afford. Another point to note about education was that both boys and girls did receive an education. 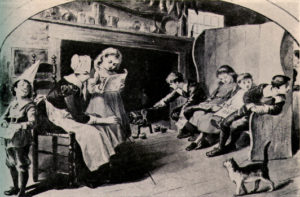 However, the difference lies in the fact that boys were permitted to seek higher education, while girls were given only the basic knowledge about reading and writing.

The main education for girls was to master the art of managing the household and raising children. Although this was the situation in middle-class families, the same is not the case in respect of wealthy class.

They educated their daughters at home with best tutors at their disposal. Princess Mary and Queen Elizabeth I can be considered to be examples of well-refined women of those times.

Types of Schools and Childrens Education

Normally, the age at which Childrens Education began was when the children were around 4 years old. The reason for giving more importance to boy’s education was supported by the idea that eventually it will be the boy who will earn money for his family. 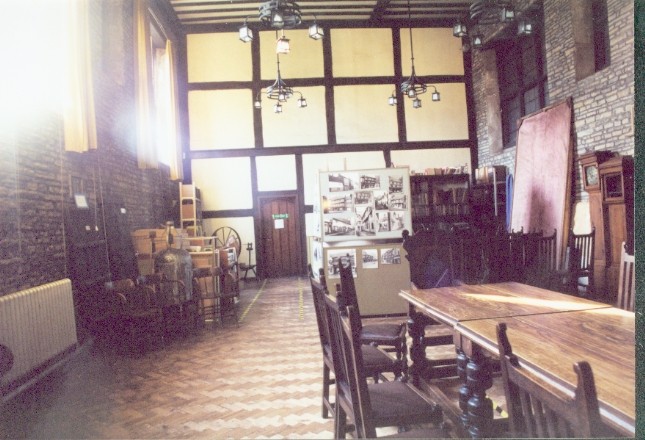 This photo shows the end of the hall which was the main room in the original Magnus Grammar School, founded by Thomas Magnus in 1531. The room is lit from a high window along one side. Courtesy – http://homepages.nildram.co.uk/~jimella/nwrkschl.htm#magnus1

Petty schools were only for a few hours as compared to other schools as these were something similar to present day nursery schools. These schools provided a good opportunity for poor kids to learn and also work along with their parents. Schools maintained a high level of discipline and students were punished for their misbehavior.

Schools were open six days a week. Latin, Greek, literature, and mathematics were commonly taught in Grammar schools. It was a wooden board with a sheet of alphabets or religious writing on it and the same was covered with a thin sheet of transparent paper.

The wealthy could get their children to learn Spanish, French or even vocational courses like dance and music. The children used hornbooks for writing purposes. The teachers had no formal training before they taught in schools. Towards the end of the 16th century, women were appointed as school teachers.

Oxford and Cambridge were two universities that offered higher education. Boys went to these universities when they were about 14-15 years old. Some schools were also established to educate the orphaned children. Sometimes, the children were deprived of education as they were forced to help their parents in earning money.