Shakespeare married Anne Hathaway when he was 18 years old. Anne is said to have been eight years older to him. She was three months pregnant when they got married. Together they had three children. 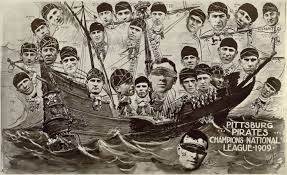 William Shakespeare as a Poet

The first few poems written by him were non-dramatic. The Sonnets are said to have been a medium for describing feelings experienced by Shakespeare. Through these sonnets, Shakespeare successfully essays emotions like sadness, discontent, and wound.

Most of his sonnets have love and praise as its theme. Most of the sonnets refer to a man while the others refer to a young beautiful woman. By mid-1590’s Shakespeare was writing more natural poetry.

William Shakespeare as a poet also dealt with conventional topics like love and beauty, friendship, betrayal, jealousy, hope, and the related motifs.

As a poet his poems and sonnets were passionate and intense. The language of the poems was normally metaphoric. The poems were considered to have been written in a highly complex language.

One of the reasons attributed to the complexity of the language is the fact that the language is spoken or written then was very different from the language we use today. In his final few plays, Shakespeare changed his poetic style which gave an effect of impulsiveness.

He also used rhyming couplets in some plays to end the scenes. William Shakespeare as poet successfully used not only the conventional style of writing but also used the traditional style to convey his ideas.

The variation in his poetic style made his poems very effective. Even so many years after his death, his work is still loved and admired by people across the world.