Home » Love and Romance in the Elizabethan Era Literature

Literature in the Elizabethan era is one of the most unique and essential highlights of this phase. The literary pieces of work are even appreciated today. The essential works of various poets, authors and people who contributed to the literature included mainly poetries, theatre scripts, and prose fiction writings.

The earliest theatre that came into existence was “The Theater” that had been established in 1576.From the commencement of the small plays this lead to a play with a bigger scope, length, and interpretation. One of the very well known plays of that time was called “The Spanish Tragedy,” a play by Kyd. This play was widely accepted by the crowds because of its creative plot consisting of having ghosts on the stage, lively heroine, and a confusing plot inside the play. 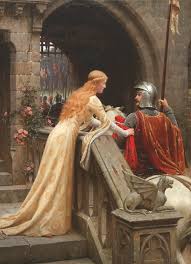 The most remembered of all was Lyly who became notably successful under the establishment of the book named “Eupheus and His Anatomie of Wit”, that means “a well-bred man”, it mainly emphasized on the theme of romance, religion, and behaviour. Lyly was famous for her use of the fine language of prose phrase by pairing a phrase and clause beautifully, and by applying the alliteration and assonance to make the language even smoother. Again when one work became famous, another work will soon be displayed.

Facts About Love in The Elizabethan Era

With Lyly’s affectations questions that would force you to ponder upon different aspects of life, hosts of allusions to classical history and literature, and an unfailing succession of similes from all the immense knowledge that she can command, especially from the fantastic collection of fables which, coming down through the Middle Ages from the Roman writer Pliny, went at that time by the name of natural history and which we have already encountered in the medieval Bestiaries.

So did Sonnets, a 14 line lyric poems, was one of the poetic elements that gained recognition during this period. Originally, this poetic element originated from Italy but became popular from the creation of poetry verses from Sidney, Edmund Spenser, Samuel Daniel, and Michael Drayton.

Although love was one of the most prominent themes in the literature of the Elizabethan era, the people in that age did not marry for love. Their marriage depended on social status and money. Especially among the nobility, young men and women hardly had any say in their marriage.

Love and romance thus became an aspect of romantic imagination and wonder. Very often the love poems that were during that time seem to be twisted with the hint of misogyny in them.

What is a love sonnet?

The sonnets that had romance and love as their central theme was known as love sonnets. The Elizabethan era saw a huge surge in the production of these sonnets with the growing popularity of poets like Edmund Spenser, Philip Syndey, William Shakespeare and Michael Drayton.

The theme of love in Shakespeare’s work

Shakespeare’s plays as well as sonnets use the aspect of love in various ways and feature romantic relationships to depicts various other themes. His poems were considerably different from the traditional love poems written during that era.

Which is Shakespeare’s most Romantic play?

Both A Midsummer’s Night’s Dream and Romeo And Juliet are considered the most romantic works of Shakespeare.

Who are Shakespeare’s tragic lovers?.

Romeo and Juliet is the most famous couple in the history of literature whose story is also the most tragic. Apart from them, overs with tragic fate can also be traced in the tragedies of Shakespeare, such as Othello, Desdemona, Antonio and Cleopatra.

The theme of love in Shakespeare’s sonnets

Shakespearean sonnets are some of the most romantic poems in English literature. In fact, it was Shakespeare who started the movement of modern love poetry with his collection of 154 sonnets.

Sonnets like The Valentine’s Day Sonnet, The Wedding Ceremony Sonnet, Love Conquers All, Share your beauty to name a few express human emotions completely. In most poems, Shakespeare establishes that love is eternal and unconditional.

In Sonnet 73: The Old Age Sonnet, the bard is concerned what effects his age might have on his love and hopes that his love will increase with time. It is one of the lesser-known and more complex love poems of Shakespeare.

Shakespeare on love and marriage

Shakespeare wrote several plays and poems on the theme of love and marriage. Although the plays use the theme of love as a tool to bring out a larger concept, the poems express more complex and genuine views of love. They are in fact some of the most romantic poems written in English literature

Shakespeare’s love poems became so popular that they are still often quoted during wedding ceremonies and even in wedding vows. The poems are however unconventional and different from the traditional love poetry that was written in the Elizabethan era.

Most love poems of Shakespeare expressed the fact that love is eternal and lasts forever in the heart of the lover. It is also unconditional and does not depend on one’s outer physical beauty. It is the beauty of the heart that matters and that is what makes someone fall in love.

Shakespeare as a romantic poet

Shakespeare certainly was a romantic poet and wrote some of the most original and remarkable romantic sonnets in English literature. Love and romance were the dominant themes in the poetry of the Elizabethan era and Shakespeare pioneered the movement of modern love poetry.

The general characteristics of Elizabethan literature and writers possessed

1. The period had great artistic pieces holding unlimited creative force, it includes works of many kinds in both verse and prose.

2. It was mainly dominated, by the spirit of romance.

3. It was full also of the spirit of dramatic action, as befitted an age whose restless enterprise was eagerly extending itself to every quarter of the globe.

It has been observed that majority of the stories had an only historical interest; though as a class they furnished the plots for many Elizabethan dramas, including several of Shakespeare’s. The most important collection was Painter’s ‘Palace of Pleasure,’ in 1566.