The word ‘insult’ can be defined as an expression or any statement made by a person in order to putdown or offend another human being. The usage of such term can be mere accidental, i.e., without any actual intention of verbally hurting the person or; can be used with full knowledgde by a person that his words would affect the others in a negative way.

People have been referring to the insults throughout these past centuries. However, during the Elizabethan period, the usage of insults was different. In this era, insults were commonly seen or it can be said that they were used in the famous Shakespearian plays. 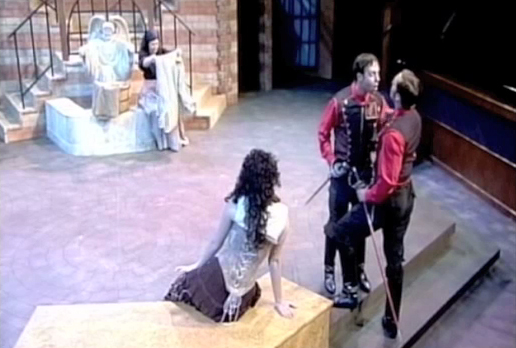 These insults unlike today were funny and very clever. Shakespeare used very simple language in his plays. We today find it difficult to understand the plays because of the different style in which English was spoken and written.

The Elizabethan English had only 24 vowels which made it difficult for writers like Shakespeare to express his ideas through his plays. During the course of his plays, Shakespeare came up with new words that were not only used the plays, but later on became a part of the spoken English and are still used till date.

The following are some of the sentences used in the Shakespearian plays: