Like the enjoyment of music, dancing was something that everyone could enjoy regardless of social status and wealth. The different forms of dance that were around at the time were complimented by different forms of music. Dancing was seen as wholesome recreation, a worthwhile pursuit that was good for body and mind.

During the Tudor period new musical instruments were being introduced which meant that musicians were able to create new sounds. New instruments lead to to the development of new music for dancing, and new dances to go with the new music.

Dancing for the Upper Classes in Tudor Era

New types of music and new dances were first introduced at court. These dances were very intricate with many steps to learn and perform. While many of the traditional country dances that had been enjoyed since the Middle Ages were still in use, the new dances brought with them a new level of sophistication that had previously not existed. 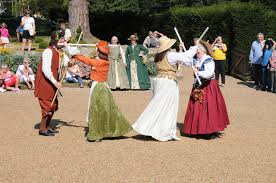 Dancing masters were used to teach members of the court the new dances that were being brought back from the continent. Upper class dance names include the Galliard, the Almain and the Pavan. Most of these dances involved the use of couples, though they were placed at some distance apart, except for during the Volt which was the most suggestive dance of the time as couples were required to embrace as they danced.

The dancing enjoyed by the lower classes was nothing like that enjoyed by members at court. Traditional country dancing was still very much their dance style, and as they had no such place to dance as a large hall at court, they would hold their dances outdoors. Dancing outdoors meant that not all of the instruments in use at the time could be employed, as anything with a keyboard would be too heavy and cumbersome.

The new instruments that were being used were also fairly large and expensive, placing them out of reach of the poor. Traditional instruments with simple to follow dances were more their style. These country dance names include the Maypole Dance and the Morris Dance, as well as the Roundel and the Hornpipe.

Dancing Round the Maypole

May Day was an important holiday during the Tudor period, and every town, village and hamlet would have had their own maypole. The maypole would be dressed in a variety of coloured ribbons each of which would be held by a dancer, usually a child or a young person. The dancers would weave in and out around the pole which would make the ribbons tie around the pole in a colourful pattern. 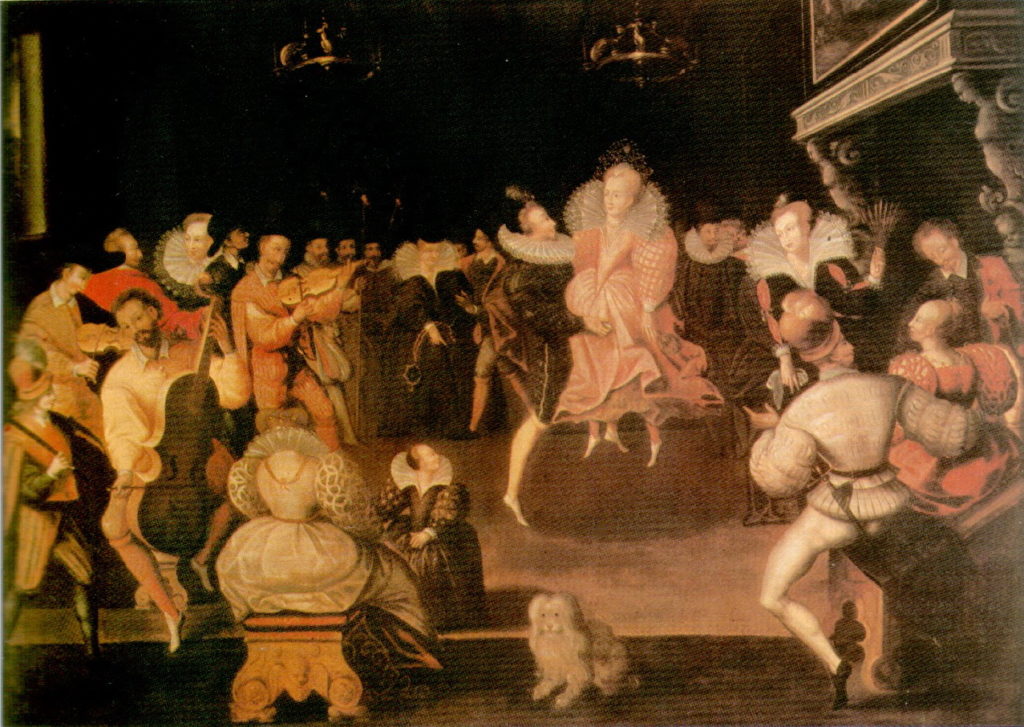 The dance dates back to Pagan times and the time of the Druids, with the maypole being a representation of fertility, and the dancing aimed at producing a good crop and bountiful harvest in the coming year. Some villages in England still have a maypole, and still perform the traditional maypole dance on the May Day holiday which now takes place on the first Monday in May.