Christopher Columbus was born in 1451 in Genoa, Italy. His father, Domenico Colombo was a wool weaver by profession. Christopher had very little educational training and would help his father along with his younger sibling, Bartholomew in weaving.

Christopher worked for his father until he was 22 years old. Christopher Columbus was a navigator, explorer and a colonist. Though he did not have any formal training in reading and writing, much of it was acquired by him on his expeditions.

Christopher began his career in the year 1473 as an agent for Di Negro and Spinola families based in Genoa. In 1476, he was one of the members who had participated to help carry precious cargo from Genoa to the northern Europe. Christopher soon married Filipa Moniz Perestrello, daughter of a Governor and Portuguese nobleman. 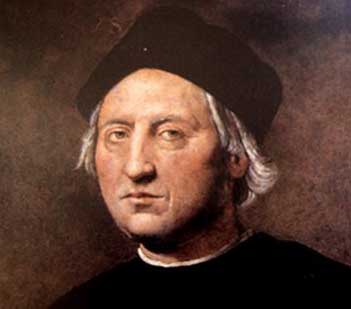 In 1479, they had a son named Diego Columbus. The next few years after the birth of his son, Christopher was known to have carried on trading activities around the West African coast. In 1485, Christopher had put forward his plans before John II, King of Portugal asking him three ships for his voyage into the Atlantic for searching s western route to the Orient and to return back.

The three ships used by Christopher were Santa Maria, Nina and Pinta. There is no information about the ships taken by Christopher for the expedition. However, an approximate idea can be drawn from the general pattern of ships used during that time. Despite his repeated attempts, Christopher did not get enough support for his plans until 1492.

It was on 3rd August 1492 that Christopher set out on his First Voyage. He left from Palos de la Frontera along with three ships namely; Santa Maria, the biggest of the three and nicknamed Gallega, Nina and Pinta, both were small caravels belonging to Juan de la Cosa and Pinzon brothers. The first halt was at the Canary Islands, owned by Castile. Here, Christopher refilled the ships with essential provisions and repaired a few things. 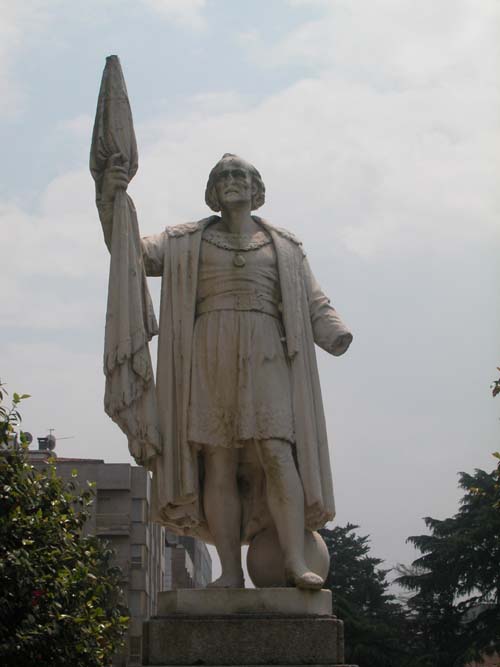 He started from San Sebastian de la Gomera. Rodrigo de Triana (Juan Rodriguez Bermejo) a sailor on Pinta, was the one to see the land first. On reaching the island, Christopher named it San Salvador, the Bahamas as it is known today. Coasts of Cuba and Hispaniola were also explored by Christopher. It was at Hispaniola that Santa Maria ran aground and was thus abandoned.

After the consent of the natives, Christopher left behind around 39 men on that island and established a settlement known as La Navidad, or the present day Haiti. On his way to Spain, Christopher had to stop at Lisbon because of the storm. His next destination was King’s harbour in Portugal. After sailing for some time, he finally returned to Spain.

His Second Voyage was scheduled on 24th September 1493. Christopher started from Cadiz in search of new territories. On this expedition, he had taken with him, around 17 ships containing supplies for the journey and around 1200 men for colonizing this new found area.

Christopher wanted not only to find this region but establish a Christian settlement for which he had taken with him priests, farmers and soldiers. Like his first voyage, on 13th October Christopher and his crew set out in search of the new territories from the Canary Islands. Michele da Cuneo, a childhood friend of Christopher had accompanied him on this expedition.

It was on November 22nd that Christopher came back to Hispaniola where he saw his settlement destroyed and there were dead bodies of some of the men that he had left behind to colonize the region. Christopher then travelled for some distance eastwards and there he established a new settlement which he called La Isabella.

This settlement did not survive for a long time. Christopher then sailed from Cuba to some islands closeby which included Isle of Pines and reached Jamaica. Here he retraced his route to Hispaniola and then ultimately reached Spain.

Christopher sailed out for his third voyage in 1498 with 6 ships from Spain. The Father of Bartolome de Las Casas went along with Christopher on this voyage. Christopher first took the ships to the Island of Porto Santo which was the native land of his wife. He then left for Madeira and thereafter to the Canary Islands and Cape Verde.

On reaching, he became aware of the fact the many Spanish settlers of the new colony were not happy as they felt they were misguided by Christopher about the area being flooded with rich materials. Christopher was in the favour of settlement of Hispaniola by the natives for economic reasons and thus did not kill them. On his return, he was arrested on the grounds of mismanagement.

The fourth and the last voyage was made to find out the Strait of Malacca to the Indian Ocean. On this voyage, his brother Bartolomeo and his 13 year old son, Fernando had gone with Christopher. Christopher left Cadiz or modern Spain on 1502 along with four ships, namely Capitana, Gallega, Vizcaina and Santiago de Palos.

Firstly, he landed on the Arzila, a Moroccan island and rescued Portuguese soldiers. Christopher and his crew reached Santo Domingo on 29th June but were not given any port. Christopher requested the Governor that there would be a storm and would thus need cover. His plea was denied by the Governor and some of the Spanish treasure ships that were in the waters got damaged due to the storm.

After the storm was over, Christopher sailed again to Central America and reached Isla de Pinos off the coast of Honduras on 30th July 1502. Sometime around December, Christopher reached Panama where as per the natives, there was gold and a strait that leads to another ocean.

In January 1503, Christopher established a garrison at the mouth of Rio Belen but, around April, one of the ships got trapped in the river and even the garrison came under attack. After leaving for Hispaniola in April, the Cayman Islands were seen after a month long travelling in May. In June 1503, Christopher and his crew were stranded in St. Ann’s Bay in Jamaica for almost a year.

By this time, Christopher and his men were starving of hunger and thirst. In order to arrange for help, he made an agreement with the natives about correctly predicting the Lunar Eclipse. This prediction came true and some temporary relief was given to the men. After waiting for help for a year, the rescue team finally came for help on 29th June 1504 and Christopher reached Spain in November.

When Christopher was the Governor and the Viceroy, he was accused of governing tyrannically. By this time his health was deteriorating because of arthritis and ophthalmia. It was this reason that he pleaded the Court of Spain to appoint a person who would help him execute his duties. The man appointed for this task was Francisco de Bobadilla, who remained in charge until his death in 1502.

Christopher Columbus died at the age of 55 years in 1506. Christopher is always remembered as the man who ‘discovered’ America. This is however not true. Prior to Columbus’s expedition, Norse group led by Leif Ericson had been to the American coast and established settlements. These settlements were however short-lived and thus no one ever knew about this place until Columbus reached there.

Christopher was not exactly looking for America when he landed there. He was out to search for a shorter route to reach the far east where there were valuable spices and silks. He landed in the Bahamas and named it San Salvador thinking that he landed near the Spice Islands near India and therefore named the people he saw there as Indians. Even at the time of his death, Christopher was under the impression that he had found a new route to the far east.

The expedition made by Christopher may not have landed him in the place where he wanted to be but these voyages proved to be an essential source of inspiration for the later on explorers. In Spain, 12th October is celebrated as the anniversary of Christopher’s 1492 landing on the American soil. In American states, except Canada, 2nd Monday of October is regarded as his landing day in America.