Superstitions are irrational beliefs. In England, during the Elizabethan era, there were also superstitions that they believed in, a handful of them actually still evident in our modern world. Not only were these believed by the common folk, they were also held true by even the nobility, up to the monarchy. 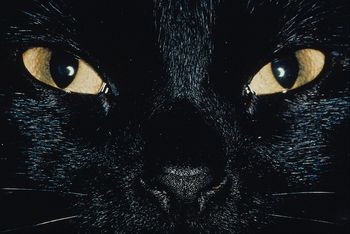 Here are some of them:

1. It was believed that when you open your mouth to sneeze, you give the devil a chance to enter your body and bring about spiritual harm. Saying “bless you” allegedly stops the devils from entering since they thought that no demon could stay in a place that a Christian has blessed.

2. A pot stirred counter-clockwise brings bad luck to those who ate the contents and this also caused the spoilage of food.

4.Balance was considered a great deal in the Elizabethan era. They saw that the evil and good should balance each other. During the plague, they walked around with sweet-smelling flowers in their pockets and burned scented firewood to drive out the disease.

5. Leaving the door open behind you, keeping a peacock’s feather, a lunar eclipse, spilling salt and a cat crossing your path (or any encounter with a cat for that matter as they are associated with witches- another superstition to be discussed later) brought about bad luck.

7.It was also believed that if you touched a man about to be executed, if a cow breathed on you or if you spit into a fire, then you will have good luck.

9.A superstition that was most influential to them was that witches exist and they can cast spells on anyone. The spells were understood as so grave, they can lead to death. They were also blamed for mostly everything unexplainable — the plague, famine, diseases and low crop yields during harvest time.

In 1563, to prove how much they believed in this, the Witchcraft Act was passed to persecute those witches said to invoke evils spirits to commit murder. There were also a number of superstitions revolving around witchcraft: 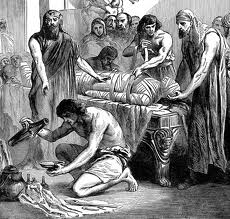 10. Sailors wore golden hoop earrings all the time. It is said that this was done so they would have gold to pay their fare in the underworld if ever they sink and drown.

11.Sudden loss of hair was also seen as unlucky. It supposedly meant that there would be health problems and financial turmoil. Elizabeth I had red hair and it was said that red hair meant that the person has a short temper.

12.The right hand of an executed prisoner was said to be lucky as it had the power to heal and it could give the bearer stealth.