Luxury has no meaning until it includes the services of servants. And, the golden age in English history is no different. Servants of Elizabethan era were mostly men. Household serving men in those days were called grooms. Females of same order were called maids.

Personal servants, or, personal attendants, as they were called, were separate from household grooms and maids. Specifically, personal attendant is a descriptive term than a title. Valet was the servant who performed duties chiefly related to the person of his master. Female counterparts were known as ‘waiting gentlewomen’. ‘Ladies in waiting’ were specifically for queens. 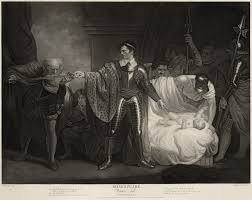 In Elizabethan era, servants were hired at an annual wage, but, they were paid by the quarter. On an average, servants used to earn £2 to £5 per year, and, this didn’t include the tip and fines. Besides their income, servants used to get some added benefits as well. Such extra facilities were bed, board, and, 2-3 suits of livery clothing every year.

There was clear demarcation in the income of laundress, gardener, butler, cook, etc. by the end of a quarter; laundress, cook, butler, children’s nurse used to receive 10s each. The youngest housemaid and a part-time brewer used to earn 5s at the end of every quarter. Above all was the income of gardeners, who received 10s 6d each. Queen’s laundress got £4 annually with an extra of £6 for her livery gown. But, the lucky one was queen’s maid of honour, who used to get a stipend of £40 per year.

A scullery maid was expected to help with the tasks related to kitchen, like- working in kitchen, preparation of food, making up fires, fetching water from the wells. Even the lady of the house used to spend some time in the kitchen, preparing special dishes. Thus, the job of a household maid was considered to be responsible and respectable one. She was expected to brew beer at home as water was not safe to drink, preserve food, prepare bread and dairy products at home, and, make soaps and medicines. 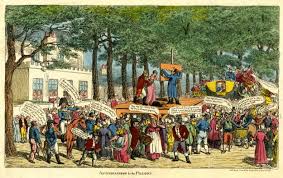 After their work, servants used to gather around the fire to tell stories, to sing, to gossip about their masters. Mostly the servants were young as they used to leave their service after getting married. In those days, there was no disgrace in being a servant. In fact, it was considered a secure way of earning and a good way of preparing for marriage. The servants were not kept hidden in a separate part of the house.

They had to be near their masters so that they can be called whenever they were required. Servants were quite attentive in that era. They were modest but never coward; truthful but never rude or disrespectful. Servants have been indispensable for human beings since time immemorial, and, the above given account of the lives of servants in the Elizabethan era only strengthens this fact.

More Info On- Daily Life in England During Elizabethan Era