Who is Fray Marcos de Niza?

What is Fray Marcos de Niza known for?

In 1495 Nice witnessed the birth of the great Fray Marcos de Niza. During that period, his birthplace Nice was controlled by the House of Savoy of Italy. Niza is remembered till today for his great travels and fearless adventures. His explorations are still alive in the minds of many.

In his travels through Zuni, he perhaps followed the footsteps of Estevanico who was a Moorish slave and had accompanied Cabeza de Vaca in his travels. Yet he chose a very different path in his career and was soon very unlike his predecessor. 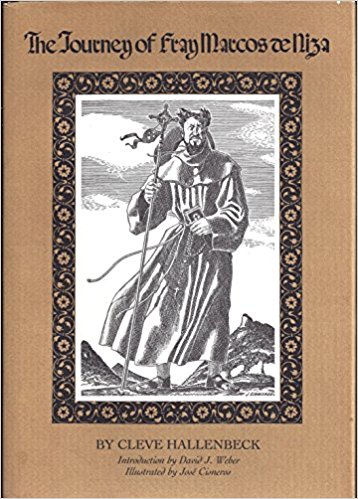 Fray Marcos de Niza was born in 1495 in Nice, Savoy which is in France now.

In 1531, Fray Marcos de Niza set his foot in the land of the Americas. This is where he proved himself with his hard work and his abilities were soon noticed by his seniors. His sincere work was appreciated and acknowledged in Guatemala, Peru and Mexico. It was after this that he found his grand opportunity to set out on an expedition of the northern neighbour of the famous country of Sonora!

The land north of Sonora had been made famous because of the supposed riches that lay confined in this country! In fact, much had been heard and said about this land in Alvar Nunez Cabeza de Vaca’s stories that described and gave grand accounts of the wealth and gold of this land.

Niza was sent in order to discover and bring back to his native land this wealth and treasure and explore the land leaving behind the cultural trait of the Spanish in this new land.

Fray Marcos de Niza is considered one of the most important explorers of the world because he was the first person to claim that he had witnessed the seven cities of Cibola. Today, it is known as western New Mexico, but then it was considered the “Seven Golden Cities of Cibola.”

In March of 1539, Niza started for Zuni. After leaving Culiacan, Niza travelled through south-eastern parts of Arizona. At the end of his difficult journey through the land of Arizona, he finally reached his destination Zuni which was also often referred to as the “Seven Cities of Cibola”. After this successful expedition, he returned to Culiacan again in September of the same year.

What was the outcome of Fray Marcos de Niza expedition?

In his travels, he followed the journey of Estevanico. Prior to his next expedition and adventure in Zuni, Fray Marcos Niza became the Provincial Superior in Mexico with respect to his own order. However, at the end of this second adventure, he returned to Culiacan, his capital without any success.

His adventures in Zuni had ended in a complete failure and Niza had not acquired the wealth and success that he had set out to bring back for his native folks. After he returned in 1541 he died in Culiacan on the 25th of March, in the year 1558.

Fray Marcos was accompanied by two principal people in his expedition – Honorato, who was a second priest and Estevan Dorantes, a Moorish servant. Estevan, who was popularly known as Estevan the black, was accustomed to the native customs and practices. He was also the first African man to explore the modern Southwest.

Except these three, there were hundreds of native travellers who admired Fray Marcos and revered his as a great emancipator who carried the news that Viceroy Medoza had freed Sinoloa and Sonora from Spanish slave traders.

Marcos had arrived in America in 1531 and worked in Peru, Guatemala and Mexico. He also freed many slaves from the northern regions because of which he was greatly respected by them.

Marcos de Niza was a friar with a great reputation. His true and great accomplishment lies in freeing many native people from the slavery of Spanish slave traders. He led an expedition to the cities of Cibola, with Estevan the black and claimed to have seen the seven cities of Cibola.

What was the report from Fray Marcos based on?

Niza had not seen Cibola closely and had not actually explored the land in details. He submitted his report titled the “Descubrimiento de las siete ciudades” which proved to be quite misleading for future explorers.

It is true that his observation of Cibola being of the size of Mexico City was indeed accurate. However, in his report, he relied more on stories and rumours than on his actual experiences and this made the report unreliable and dangerous.

In fact, its ill effects befell upon Francisco Vasquez de Coronado who led an expedition to Zuni Pueblo based on Niza’s report the following year. The expedition, needless to say, was a total failure and all it brought to the Spanish was a disappointment and financial crisis.

The main mystery about Fray Marcos is whether he had told the truth about his expedition. His stories are, therefore, still seen as mysterious. Historians still argue as to whether he just interviewed some native people and made up the story of himself seeing Cibola.

During his last days, Marcos was blamed for leading the Coronado army in a useless expedition and under the wrong pretence. IT is still unknown as to what kind of man Marcos de Niza really was. He continues to be a controversial and debated figure in history.