Introduction to the Elizabethan Era Literature 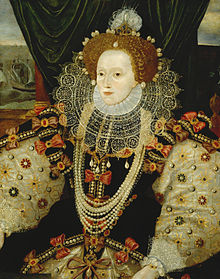 In this article, we will see a brief introduction to the Elizabethan Era and the major literary figures and their work. The Elizabethan Era commenced with the reign of Elizabeth the First as the queen of England in 1558 until her death in 1603. In British history, her reign saw literary development reach its climax and conclusion and also, this was perhaps the most remarkable epoch for both mental and geographical horizons.

Are the Elizabethan age and Renaissance age in English Literature same?

The Elizabethan age is a part of the English Renaissance. Hence, it can be said that the two periods overlap.

Literary Features of the Elizabethan Era

What are the main characteristics of Elizabethan era Poetry, prose and drama?

These are the main literary features that were reflected in the literature of the Elizabethan Era:

What is the effect of Elizabethan era literature on readers?

Although readership was very limited in the Elizabethan era, poetic and prose works were still read. The poetry of Philip Sydney and prose works of Bacon became very famous among scholars. Shakespeare’s works were not published in his lifetime.

It was also influenced by the subjects of Greek literature and the antiquity. They helped to throw light on the previously dark places of interest in terms of literature.

Despite borrowing from other places, Elizabethan literature was highly original in quality. Shakespeare borrowed heavily from foreign literature, yet remained startlingly original in style and presentation.

Spenser introduced the ‘Spenserian stanza’ and demonstrated inventiveness in poetry.

Why was the Elizabethan age called the Golden age of literature?

Queen Elizabeth’s reign became the golden era for production of literary works because she herself was a great patron of art and literature. During her reign, some new forms of poetry were introduced, first English essays and novels were written and dramas saw a surge of a huge production.

Types of Literature in the Elizabethan Era

The Elizabethan era witnessed the flourishing of a vast variety of literary works: Poetry flushed in terms of sonnets, dramatic blank verse and the Spenserian stanza.

It was the golden age of drama that established itself with Marlowe and reached greater heights with Shakespeare.

Some of the general features of Elizabethan drama were:

The plays were usually restricted to characters who belonged to the noble class and aristocracy. Elizabethan dramatists, especially Shakespeare, also popularised the use of insults and abuse through his plays to indicate verbal duelling.

What were the characteristics of Elizabethan poetry?

The general characteristics of Elizabethan poetry were:

They were written in Iambic Pentameter. The rhythm used to be abab cdcd efef gg. The Sonnet became the dominant form of poetry. The descriptive and narrative lyric poem also became popular.

The characteristics of Elizabethan prose were:

The prose could be divided into two categories – fiction and non-fiction. The fictions were usually romantic. The works of non-fiction had more variety and used to be straight forward in nature. Most political and critical works were non-fiction.

What did the writers of Elizabethan age accomplish?

Elizabethan age became the golden age of poetry and drama. Writers such as Shakespeare, Marlowe, Spenser, Sydney wrote the finest poetry and drama that went on to influence writers all over the world for generation to come.

There was also a vast variety of remarkable prose in the form of pamphlets, scriptures, essays etc.

The Age of Shakespeare

William Shakespeare was undoubtedly the greatest writer that emerged in the Elizabethan era. For more information on Shakespeare and his works click on the link.

Although Shakespeare was mostly famous for his plays, he also wrote a considerable number of sonnets which were popular as well. They were conventional in style but new in subject and presentation.

The major literary figures of the Elizabethan Era were:

There were other figures who contributed to the literary scene at that time, but they were not as influential as the above five stalwarts.