Today, chairs constitute an essential part of the house décor and a lot of attention is given to the details. However, during the early years of the Jacobean era, chairs were not given so much importance. Chairs were used for sitting at the dining table. They were also used as side chairs. 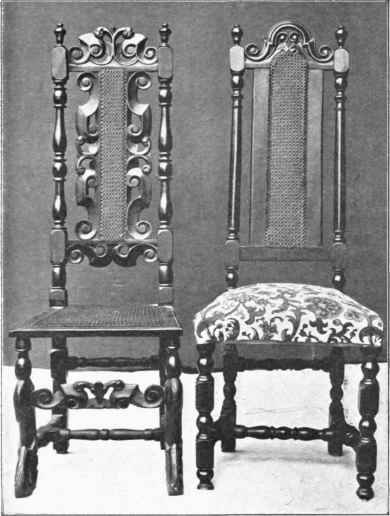 This pattern made the chairs look very similar to stools. Also, the back of the chairs were carved with designs. However, less attention was given to the back and legs of chairs. Turning of legs of chairs was a common phenomenon.

However, with changing time the and needs of people, the appearance of the chairs also underwent changes. As compared to its previous look, the chairs now came to be made with long backs. Although long back provided support to a person’s back, the overall set-up of the chair was somewhat uncomfortable to sit on. The arms of the chairs were also removed.

Farthingale chairs were developed towards the later part of the Jacobean period. These chairs were made keeping in the mind the comfort of the women. A distinct feature of Jacobean chairs was that the seat of the chair was upholstered. This not only increased the height of the chair, but also made it extremely comfortable for person to sit.

The seat had embroidery work to make it look appealing. The material used for making the seats was of fine quality like silk, velvet, tapestries, linen, etc. Different material was used depending upon the type of the chair.