Jacobean drama is named after Jacobus, which is the Latin translation of James. The term is used to collectively refer to all the works of theatre created during this period.

During the reign of King James I, the theatre and literature were flourishing because of the works of the popular dramatists. The plays had different genres to them like- comedy, tragedy, history, romance and so on. However, the most popular genres during the Jacobean period were tragedy, comedy and tragicomedy.

What are Jacobean dramatists?

The playwrights who composed plays for the stage during the era of King James I were collectively known as Jacobean dramatists.

Jacobean Tragedy were plays which had a dark mood to the drama. Tragedy plays actually developed during the reign of King James I. Revenge Tragedy was popular during those times. Finest examples of revenge tragedy were ‘The Spanish Tragedy’ by Thomas Kyd and ‘Hamlet’ by William Shakespeare. Other famous revenge tragedies included plays like ‘The White Devil’, ‘Tis Pity She’s a Whore’ and ‘The Challenging’.

Jacobean tragedies were spectacular and sensational in nature. They featured sexual decadence and violence in Jacobean tragedies which were devices to attract the audience to the theatre. However, some playwrights had a great impact in the world of theatre despite great difficulties. In the Jacobean era Macbeth, Antony and Cleopatra, Hamlet were some of the best plays written by Shakespeare.

What is the theme of Jacobean tragedies?

In general, Jacobean tragedies were about a great man having to face downfall because of a central flaw and his fate. Most of the plays had a similar theme.

Is Macbeth Elizabethan or Jacobean?

Macbeth was most probably written sometime around 1606. Since Queen Elizabeth dies in 1603, Macbeth can be placed in the Jacobean era.

When was Hamlet written? 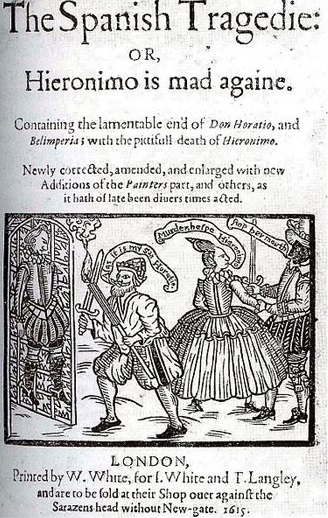 In Tragicomedy, both elements like tragedy and comedy were included. One of the best examples of this type of plays was ‘The Winter’s Tale’. Of the many playwrights of that time, William Shakespeare and Thomas Middleton can be said to be the playwrights who were successful not only in writing comedy but also a tragedy.

Jacobean Comedy was also famous by the name of City Comedy. Comedies were satires based on life experiences of people who lived in the busy city of London. Ben Jonson was well-known for his comedy plays. His earliest work includes plays like ‘Every Man Out of his Humour’.

Along with pure comedy which had elements of satire and humour, another kind of comedy plays were written during this period. These were known as ‘Tragedicomedy’. In this type of play, both elements like tragedy and comedy were included. One of the best examples of this type of plays was ‘The Winter’s Tale’.

Of the many playwrights of that time, William Shakespeare and Thomas Middleton can be said to be the playwrights who were successful not only in writing comedy but also a tragedy.

During the Jacobean era plays were usually performed outdoors, in the courtyards. It was the era when the first large and popular forum of plays was established. The two large playhouses – The Rose and The Globe were made during the Jacobean period.

These houses were connected to Shakespeare and were built with strong balconies and upper-levels. These features of the playhouses were helpful in scenes like the balcony scene of Romeo and Juliet and the crowd scene of Julius Caesar.

These playhouses and the plays performed by Shakespeare’s company, which was known as the King’s Men, were responsible for the new surge of enthusiasm for theatres among the people of England. The plays had elaborate music and powerful dialogues.

Most popular of Shakespeare’s Jacobean Plays were Macbeth, Hamlet, King Lear etc., which were successful tragedies.  The tempest which was one of the later plays of Shakespeare was a comedy.

What are the Characteristics of Jacobean Drama?

Jacobean dramas were usually tragedies but often contained a layer of humour. The plays were sensual and had double-meaning speeches. There were multiple murder scenes with violence being openly displayed.

The Jacobean era was not famous for its comedies and the plays lacked integrity in plot and content. They were more like farces and contained corrupt characters.

The Jacobean age witnessed the best time of drama as well as theatre performances. There were, hence, many great playwrights who made their mark during this period.

Who were the most prominent Jacobean playwrights?

Apart from William Shakespeare, some of the greatest Jacobean dramatists of this period are – Ben Jonson, Thomas Middleton, Webster, Francis Beaumont and John Fletcher who collaborated in writing.

Beaumont and Fletcher were also the ones to publish Shakespeare’s collection of plays for the first time.

Which play of Thomas Middleton was praised by Charles Lamb and others?

A Fair Quarrel: A Comedy which was written by Thomas Middleton and William Rowley was most probably the play which was appreciated by Charles Lamb in one of his books.

Shakespeare himself had started his career as an actor. Likewise, many playwrights who composed plays for their company were also actors in the same group. Ben Jonson, Thomas Heywood, Robert Browne, William Rowley were actors of the Jacobean theatre.