Clothing wasn’t just merely an insignificant thing in the days of Elizabethan England. In fact it is quite significant that there is even a Elizabethan law related to it. These laws stated the colors as well as the type of clothing an individual was allowed to own and wear.

These laws were called ‘Statutes of Apparel” and was enforced by the Queen herself in Greenwich on June 1574. The intent was to maintain social structure as well as to keep a firm restrain on the people’s expenditure towards clothing. 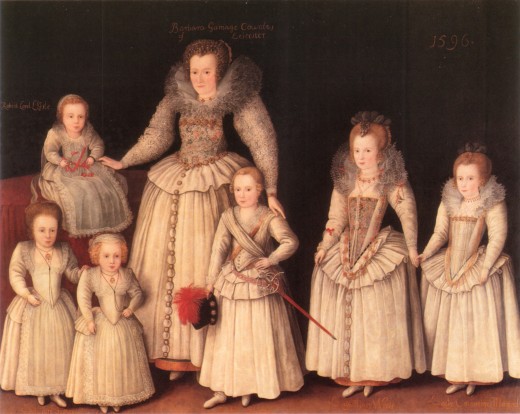 Basically, Elizabethan Clothing was a part of the social order. It is also indicative of a particular person’s status not only reflecting how wealthy or poor they are but also of their social reputation. For example, back then it is absurd for a peasant to copy more well off individuals through “luxurious” clothing which were only worn by upper classes.

The upper class of Elizabethan England wore elegant and luxurious clothing that were made of expensive velvet, exotic silk and satin. Only the members of the Royal Family were allowed to own robes which were trimmed with ermine. Less noble folk wore clothing trimmed with either fox or otter.

Quite the contrast to the luxurious clothing of the affluent was the clothing worn by peasants. They wore clothing made of simple materials such as English cotton, wool and leather. Woolen clothing was in fact quite popular among the working as well as domestic classes since it was rather cheap and the wool trade saw a increase during the period.

The dyes that were used to color the lavish clothing of the noble of Elizabethan England cost quite a bit. In one of Elizabeth I’s surviving portraits, she was shown wearing a crimson robe. The deep crimson coloring was obtained from an insect which was only found in the Mediterranean.

The brightest colors demanded a higher price tag and were only available to the upper class. The brightness of the color and its richness are the determining factors as to how expensive it would be. The working class or peasants wore clothes dyed in yellow, orange, green, pale blue, pink and russet.

Accessories For Men and Women

Elizabethan clothing accessories for women usually consisted of gowns, underclothing, corsets, hats, ruffs, collars and shoes. The men wore doublets, underclothing, breeches, ruffs, collars, hats and shoes. Women often wore fancy jewelry but for both men and women ruffs were an indispensable item that adds to their elegant look. The Queen herself wore many elaborate collars. The ruffs were worn around the neck or wrists and became significantly larger later on.

Rich Elizabethan women also wore thick petticoats and on top of this came the corset and skirts. Their skirts were held up with hoops and are often padded at the hips. Then on top of all the was an outer bodice and a skirt or a fine dress and to finish it off, the women wore a coat or a dressing gown which went all the way down to the floor.

Talk about grandiose and not to mention heavy. But one must remember, that just like their art and architecture, clothing in the Elizabethan Era was also an indicator of a person’s wealth and status.