Plymouth, famous for being home to a number of maritime merchants and travellers is situated in Devon, between the rivers Plym and Tamara. It has a rich culture and heritage that flourished due to the trade activities carried on there.

Sir Richard Hawkins, son of Sir John Hawkins was also born in Plymouth like his great father. The harbour of Plymouth provided as the best teacher and initiated in him the urge to capture the sea besides his father’s legacy. Richard indeed grew up to be one of England’s famous admiral, explorer and traveller, rewarding Plymouth with its fame in return.

Richard Hawkins was in love with the sea right from childhood. As a young man, he had accompanied his father’s old friend and Cousin Sir Francis Drake on his expedition to the West Indies which took place during the period of 1585 to 1586. Two years later, he served England and her queen by commanding The Swallow in the battle against the Spanish Armada. And two years later again, in 1590, Sir Richard Hawkins joined his father in his expedition against Portugal which proved unsuccessful. 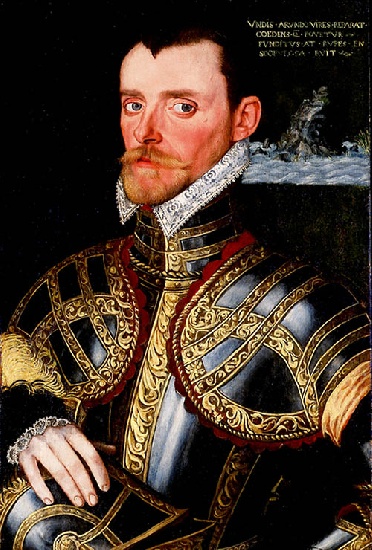 In 1593, he boarded the ship his mother had originally named Repentance but which the irreligious queen had renamed as Dainty and this ship took him to the coasts of Brazil down south, across the Strait of Magellan. On this trip, Sir Richard Hawkins halted at Valparaiso and after plundering the city, Richard sailed back to Plymouth. Later on, he was taken in custody in 1594 by two Spanish ships.

Hawkins was attacked and he fought bravely but was outmatched and he finally surrendered. In the year 1597, Richard was taken in captivity and was sent to Seville in Peru and then to Madrid in Spain from the former. Sir Richard Hawkins was allowed to get back home in 1602. After reaching England, the brave sea man was knighted in the next year.

The next year, 1604, saw Sir Richard Hawkins as a Member of the Parliament for his native Plymouth and also as Vice-Admiral of Devon. He respected his responsibilities and very efficiently defeated the Pirates attacking Devon and protected the coast. In 1620, at the age of near hundred, Sir Richard Hawkins fearlessly participated in an extremely dangerous expedition to the Mediterranean.

The great soul breathed last in London in 1622. He wrote some of the best sea-faring poems of the age of sea-routes and discoveries. His records of the trips and travels are said to have been the inspiration for Charles Kingsley’s famous poem Westward Ho!