Sir Francis Walsingham was born in 1532 near Chislehurst, Kent to William Walsingham and Joyce Denny. Francis studied at King’s College, Cambridge but did not get his degree. He later on studied law at the University of Padua. Walsingham served under Queen Elizabeth I from 1573-1590 as her Principal Secretary and was also known as her Spymaster.

In the year 1588, when Elizabeth I have crowned the Queen, Walsingham came back to England and was elected to the House of Commons for Banbury in 1559 and for Lyme Regis in 1563. He married Ann Carleill, a widow. She died after a couple of years of their marriage. This left her son, Christopher Cargill in the care of Walsingham.

He married Ursula St. Barbe, widow of Sir Richard Worsley in 1566. They together had a daughter named Frances. In 1569, he was assigned by Cecil the task of unraveling the Ridolfi plot. In 1570, Walsingham was selected by the Queen to support the Huguenots.

He even became an ambassador to France after Sir Henry Norris in order to bring about a close relationship between England and Charles IX and other European Protestants’ interests to favor the revolt of the Netherlands, a Spanish occupancy. This plan, however, did not fetch the desired effects.

From 1574-1578 Walsingham focused on controlling the business of the English state, whether domestic or foreign. He reconstructed the Dover Harbour and even helped Martin Frobisher in his voyage to the Northwest Passage. Walsingham, after he came back to England was appointed as the Principal Secretary along with Sir Thomas Smith.

However, in 1576 Sir Thomas retired suddenly giving the entire responsibility to Walsingham. He was also called as Moor by Queen Elizabeth I and was awarded the knighthood in 1577. From 1578-1581, Walsingham played the pivotal role in resenting the group of people who were suggesting the Queen marry Duke of Anjou, heir to the French throne.

In 1583, Walsingham was successful in arresting Throckmorton. After the arrest, Throckmorton was tortured to in order to obtain his confession about plotting to kill Elizabeth along with the Spanish ambassador, Bernardino de Mendoza, and others. 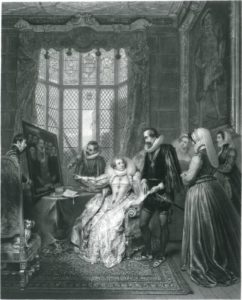 After the confession, Throckmorton was executed and Mendoza was expelled from England. In 1584, Walsingham overthrew the non-aligned Scottish Government working since 1578.

This helped to bridge the gap between Scotland and England and further enabled James VI to succeed to Queen Elizabeth’s throne. Another famous instance of Walsingham’s intelligence was unfailing of Anthony Babington’s plot in 1586. Walsingham is often said to be one of the earliest practitioners to use modern intelligence for espionage and domestic security.

From 1585 to 1590, Walsingham worked closely with Cecil and then Baron Burghley to prepare England for her war with Spain. He even had to work on the naval and military forces of England to be able to face the Spanish Armada as Spain was a very strong country under the control of King Philip II.

A look at his career gives us a clear idea that he was an advisor on whom the Queen depended for the smooth functioning of her empire. During his service under Queen Elizabeth I, he received large sums of money which he selflessly spent in the Queen’s service and for the Protestant causes.

In England, Walsingham lived in Seething Lane and even had some houses in other parts of the country. However, in 1590 Sir Francis Walsingham passes away. He spent the last couple of years of his life nursing ill-health. Despite his health conditions, he continued working till a day or two prior to his death.

Walsingham did not die a wealthy man and he had incurred great debts. Sir Francis-Walsingham had made a will in 1589 as per which his wife, Ursula was the sole executor of his will. According to this will, his daughter, Frances who had married Earl of Essex was to get 300 pounds annually and Ursula was to be the residuary legatee.