The colour Indigo interpreted the colour of wisdom, wealth and power. It was a dignified colour and was worn by the people of the upper class.

In medieval Europe, colours were dictated by the English Law of the country. Colours were used to distinguish between the different social classes and professions. It was very easy to identify the social standing of a person just by the colour and the nature of the fabric they used to wear. The colours also suggested religious and social meanings. The idea was to regulate the social structure of the society in Elizabethan times. The main motive was to maintain certain moral values and social order in society. The laws were called Sumptuary Laws. People of all class and creed were bound to follow the laws and any diversion was punishable.

Tudor men and women wore colours that were enforced by law. Penalties for violating ranged anywhere from losing properties, fines or in some cases even death.

The colour Indigo depicted wealth, power and dignity. It was the colour of the rich and noble. The strikingly blue colour was often referred to as Royal Blue and was worn by the upper-class people of the society. As the name suggests Royal Blue was worn by the nobles because of its bright sheen and aristocratic appearance.

The Indigo colour along with colour blue has its biblical meaning as well. In Christianity, it is often related to “Father’s divine creation” or heavenly grace.

The colour of Virgin Mary

There are several paintings in the early Renaissance period which shows the Virgin Mary wearing the colour blue in abundance. She was the epitome of grace, purity and divinity. Moreover, the dye from which the colour is extracted itself was very costly. So, the colour as rare it is was considered divine and was associated with glory and devotion.

Many of the Renaissance paintings depicted the ultramarine blue which was very rare and difficult to obtain. The colour was imported from Afghanistan by Italian painters and was expensive.

A paler version of the Indigo colour was worn by the poorer section of the Tudor age. It was obtained from a cheap blue dye called woad. The powder blue produced a blue-grey colour which was worn by labourers, workers and the poor city dwellers. The peasants and workers stuck to earthier and more natural colours. The bright and shiny blue colours were obtained from expensive dyes. So, they wore all the versions of medium blue or light blue and grey-blue. 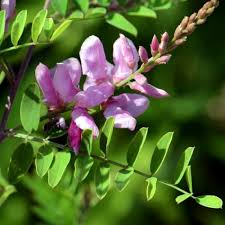 The Indigo colour was very popular and was widely used during Elizabethan times. The colour was obtained from the Indigo plant (Indigofera tinctorial) and was imported from India. The Indigo colour held fast and did not fade away easily. So, it was very expensive and only worn by the upper class. The poorer people used woad as a dye to colour their clothes blue.