Each colour had a meaning in the Elizabethan era. The Sumptuary laws were also passed in 1571 during the Elizabethan period. As per this law, every person who is above six years was to wear a woollen cap on Sundays and holidays. However, the law was enacted only to profit the woollen industries in England and was restricted to the lower classes of society. 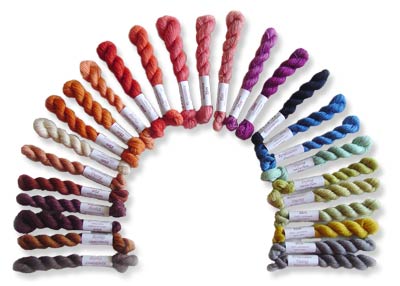 The blue colour was normally worn by those persons who worked as servants. As per the Bible, the Blue colour resembles ‘heavenly grace’. The Blue colour or dye was basically obtained from Woad leaves. The leaves were firstly dried, then crushed and ultimately composted with manure. Here is the meaning of the Blue colour in detail.

Indigo colour stood for supremacy, significance and richness. Indigo is a dark blue colour. Like in the case of Blue, the Bible represents Indigo as ‘heavenly grace’. The material to make the colour included plants and dyes. These were specifically imported from India and were thus expensive. As a result, only the rich and the wealthy could afford to pay for this colour. Hence, only the wealthy class wore Indigo coloured fabrics. See more details about the meaning of colour Indigo.

In the Elizabethan times, Gold colour represented richness or wealth. According to the Bible, Gold stood for divinity and God’s glory. The only section of the society permitted to wear Gold were the Royals like the Kings and the Queens and the Nobles. Here is more information about the meaning of colour Gold.

The Brown colour symbolizes poverty and humility. The colour could be obtained from the natural colours easily available in the surroundings of the people in the Elizabethan period. The Brown dye was made from the Madder root which is a European herb. Since it was so cheaply available the poor sections of the society generally wore clothes made from the brown dye. Read more about the meaning of Brown colour.

This colour was regarded as a sign of Courage. The orange colour was made from materials or dyes that were easily found in the human habitat. The Orange colour was derived from cheap dyes primarily made from Madder roots. Like Brown colour, Orange was normally permitted to be worn by the people belonging to lower social rankings as it was very cheap and easy to access. See more about the meaning of Orange colour.

During the Elizabethan Era, Red colour was an indicator of Fire. It also meant Control and Importance. Red colour, like Brown and Orange, was obtained from the Madder root that was easily available. Similarly, the poor people were permitted the use of Red colour. The red colour was also for courageous men. Here are more details about the meaning of Red colour.

Pink signified happiness and joy. Pink also stood for the Christian colour for 3rd Sunday of Advent. The pink colour was made from the Madder roots. During the Elizabethan era, pink colour was worn by women and young girls. Here is the meaning of colour Pink in detail.

The crimson colour was the Color of the Church. Like Red colour, it represents fire, authority and importance. The Bible mentions that Crimson colour means the presence of God and blood of martyrs. The Crimson colour was obtained from expensive kermes and cochineal dye. Here are more details about the meaning of colour Crimson.

The black colour indicated authority and control. It was made from expensive dyes. Black was also regarded in connection with the death. According to the Bible, Black colour is the Color for Good Friday. This colour even symbolizes modesty and plainness. See more about what colour Black meant.

During the Elizabethan reign, Purple colour stood for Royalty or richness and was even associated with grief. Purple was the Christian colour for Lent or Advent. It was made from expensive dyes and as such was affordable only to the richer class of society like the Queen, King, their children, etc.

White was associated with richness or wealth. The reason was that the dye from which the colour was obtained was very expensive and as such only the rich and wealthy could afford it. White also stood for pure and virtue.

The Bible describes the White colour as Holy. It was the Christian colour worn on days like Easter and Christmas and special occasions like Christening, Marriage, etc. Read more about the meaning of white colour.

Yellow colour meant rejuvenation or hope. Yellow was obtained from Saffron. The Yellow colour also represented richness or wealth since Saffron was expensive and was needed to be imported from Europe. This colour also denoted jealousy, greed and treachery. A cheap quality colour was derived from cheap dyes like Weld, a European plant. The yellow colour was worn on Easter.

This colour meant a new start and even symbolized nature. As per the Bible, it represents the season of Epiphany. The Green colour was obtained from woad, lichen dyes and other vegetables that were easily found. Here is more information about meaning of the colour Green.

Gray was associated with mourning and regret. According to the Bible, Gray is the season of Lent and is even connected to fasting and plainness. The colour was made from sources like coarse, rough and also un-dyed dark wool. Read more about the meaning of Gray colour.

Each of the colours of the Elizabethan era had a particular meaning and significance. People of all position and rank were ordered to follow these rules. They were meant to enforce social hierarchies and moral values in the society and discriminated people according to their rank and social status.

The violation of such laws resulted in fines, title, and loss of property or could even lead to death.