If there was one thing that you could say that has changed since the Elizabethan era it would definitely be the hairstyles. However, the care and consideration put into has not changed much. Like some wives (mine included?), who probably spends a good amount of time in front of the mirror every morning, the women during the Elizabethan time probably did the same.

There was a lot of care and effort into looking pretty from both the upper and lower class women. They certainly would have never “let their hair down” so to speak. They were very prim and proper in their lifestyle. 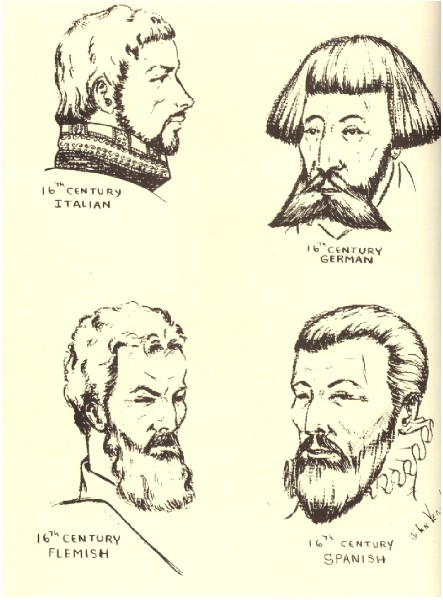 One of the fashions during the Elizabethan era was the use of hats, scarves, and other things that would typically cover a portion of the hair. This was typical and would sometimes give enough shade to the face to keep it pale white. This was considered beautiful. Much different in comparison to today where everyone wants the California tan.

The Elizabethan women would ensure that the sun rarely hit their face with the use of head adornments. Since hats, scarves, and other head coverings were frequently used, it often depicted what type of hair style they would wear. Not all hair was ever covered. Typically it was very elaborate and would still be very visible. Obviously, royalty would frequently have large crowns or jewels. 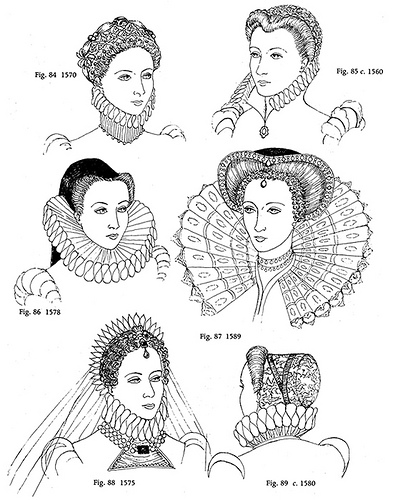 Even upper class would adorn their hair with such things. The hair would compliment it as well depending on what they wore. Elizabethan Hairstyle was never a simple thing though. Any of the popular hairstyles you saw on women were very detailed. They were rarely just straight and normal as you might see on many women today.

Then, they were always lengthy hair often fixed in a way that likely took a lot of time to fix. Only when they became married were they allowed to have their hair fixed in a manner that was shorter. For example, married women would frequently where their hair in some type of bun fashion.

Men were equally as picky with their hairstyles. The era’s fashion for men started out with very short hair, but towards the end you frequently saw longer hair on men. However, longer hair for men was always curly and had a short appearance. As well, beards were very popular among men throughout the era. They could be fixed a numerous amount of ways, but were often very long.