Women in the Elizabethan era were looked upon as the inferior sex and in order to prove their credential, the daughters had to perform several duties. The lives of the women of the times were rather pathetic. The societal structure was rigid. So women were not allowed much freedom.

Some Of the Duties That A Woman Belonging To The Elizabethan Era Had To Perform.

A woman’s life was always dominated be male members. This started right after birth. As daughters, women were dominated by fathers, after marriage, women they were bound to obey their fathers and finally they had to listen to their sons in old age.

The Duty Of Obedience

It was a norm of the society that a woman has to obey the male head of the family. This was a vital part of the duty that had to be fulfilled during the Elizabethan era. Any instance of non conformance to this was regarded as a crime.

Marriage, Too, Was A Part Of A Duty

It was a duty of a daughter to marry according to the wishes of her father. There was a duty behind the purpose of getting married also. These women were expected to increase the property and wealth of the family. Another purpose behind getting married was to produce children.

Elizabethan era woman was look upon with respect if she bore a male child. Baby girls were neglected. A woman was supposed to bring in huge dowry to the family she was getting married to. 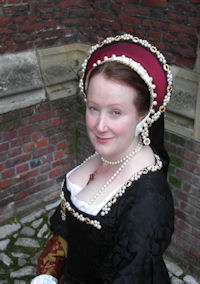 The Life Of Women Outside Her Home

Women did not enjoy an independent position in the society. There was no identity of a woman outside her home. The life of a woman revolved around the male family members. They did not have any careers as such. The primary reason why they were born was probably to support male members and also to produce children.

Women were not sent to any schools and they did not have any independent careers as such. Some elite class taught their daughters at home. The majority of them did not have any formal education as such. They only received lessons on how to perform house hold chores.Boys on the other hand were sent to schools.

The entire family was dependant on them for proper running of the household. Women were taught how to produce medicines from herbs. These were some of the duties that a daughter belonging to the Elizabethan era had to fulfill.