It goes without saying that the Elizabethan literature was one of the most awe inspiring arts ever done. William Shakespeare was alive and well during the Elizabethan era and this is the time period in which he produced his most popular works. Likewise, the art in general during this time period took huge strides from its previous years.

William Shakespeare was as much of a celebrity as he would be if he were living today where his name is recognizable in almost every household. His plays were primarily drama which was a change from previous plays in former eras of England.

In former eras you would have typically found plays and literature that was dominated by religious influence. William Shakespeare generally found his way away from that and often focused on highly controversial topics of the time. For example, he would often focus on the struggle for power during that time. People of the Elizabethan era loved it.

The literature during Elizabethan times was not only loved and appreciated by the upper class. In fact, the lower class equally appreciated William Shakespeare’s literature and drama plays. Both classes alike would pile their ways into amphitheaters just to see them.

If you look at the former plays and literature prior to the Elizabethan era you will notice that they were heavily religiously influenced. In fact, almost all of them had something to do with morality or mystery. I personally think it was the uniqueness of stories like Macbeth in comparison to former works that made William Shakespeare as popular as he was and still is.

While William Shakespeare does get a lot of appreciation in our schools today, and he is worthy of it as well, there were other writers and literature that the people did enjoy. People like Edmund Spenser were writing some very popular literature during this time.

You must understand that royalty, including Queen Elizabeth I, also found a lot of interest in the literature work being done. This probably spurred a lot of focus producing high quality work since she was so interested in it. She would frequently have private performances of the plays. Everyone knows you should never disappoint the Queen. 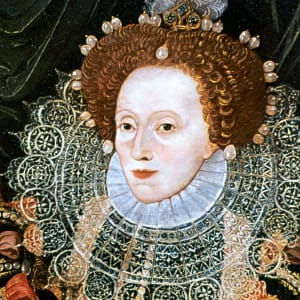 The age of Elizabeth is about the reign of Queen Elizabeth the First and its reach to the climax and conclusion, and then witness the literary decline under the first of the Stuarts. The dominating features of the period can be conveniently summarized under two heads.

It said much for the native sturdiness of English that, after a brief and vexed period of transition, it threw off the worst effects of this deadening pressure. English did not emerge unscathed from the contest. But, applied to this slight extent, the new classical influences were a great benefit: they tempered and polished the earlier rudeness of English literature.

Pamphlets and treatises were freely written; much abuse, often of a personal and scurrilous character, was indulged in; and literary questions became almost of national importance. To a great extent, the controversies of the day were puerile enough, but at least they indicated a lively interest in the literature of the period.

Yet, it had many difficulties to overcome. The actors themselves at variance, so much so that the outrageous brawls were frequent. On more than one occasion, theaters were closed between the years 1590 and 1593, owing to brawls between actors. Also, a considerable puritanical opposition was already closing in on theaters. In spite of such early difficulties, drama reached a splendid consummation of Shakespeare’s art; but before the period closed, the decline was apparent.

Poetry : The period immediately preceding was that of the clumsy poetry of Hawes, Skelton, and their kind; succeeding it is the strength and beauty of Elizabethan poetry. Between these two extremes, the different stages of development are fairly marked.

The earliest period (1550-1580): This period is that of Wyatt, Sydney, Surrey and the University Wits. This is the formative and imitative period, during which the dependence upon the classical origins is particularly strong. The style has the precision and erratic character of the diligent pupil.

There are few deliberate innovations, and lapses into barbarism are not unknown. In this period appear the sonnet, blank verse and many of the beautiful lyrical metrical forms. The lyrical style is least restrained by models.

The Spenserian and Shakespearean stage (1580-1615): This stage is the stage of highest development. The native English genius, having absorbed the lessons of foreign writers, adds them to the youth and ardour of its own style. The result is a fullness, freshness, and grandeur of style unequalled in any other period of our literature.

There are the lyrics and allegories of Spenser; the poems, dramas and lyrics of Shakespeare, and the innumerable miscellanies, poems, and plays of other writers. The style is as varied as the poems; but the universal note is the romantic one of power and ease.

In the second half of the 17th century, the decline is apparent. The inspired phraseology, the waelth and flexibility of vocabulary, and the general bloom of the style pass into the lightness and fancy and the tinkling unsubstantial verse of the nature of Campion’s. Or the high seriousness degenerates into the gloomy manner of the Websterian tragedy. The handling of blank verse is typical in the age of Elizabeth, The sinewy Shakespearean verse becomes nerveless, and in prose the quality becomes coarser.

Prose: Unlike that of poetry, the style of prose enjoyed a steady development, continued from the previous age, and maintained through the age of Elizabeth. Euphemism, which appeared early in this epoch, was a kind of literary measles incidental to early growth, and it quickly passed away, leaving the general body of English prose healthier prose.

There is an increase in the raw material of prose in the shape of many foreign words that are imported; there is a growing expertness in sentence-and paragraph-construction and in the more delicate graces of style, such as rhythm and melody. The prose of Hooker and Bacon represents the furthest development of the time. Prose style has yet a great deal to learn, but it is learning fast.