What is Jacobean Table?

The early furniture design and style of the Jacobean period was very much influenced by the Tudor fashion. The Jacobean tables like other furniture pieces were very strong, heavy and were made to last for several years. Tables were used either as dinner tables or side tables. 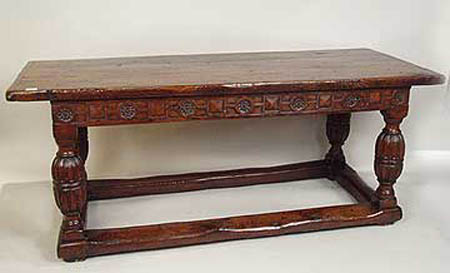 The furniture was massive in size and shape. The carvings upon them were, however, simple. The woods were often painted and sometimes gilded. Pine and oak were the most common types of wood used. Sometimes, more exotic woods were used to build cabinets.

Pear woods and ebony were used for decorations. Jacobean furniture can be recognized from their marked perpendicularly. The legs and tabes and chairs were severely perpendicular. Jacobean tables were similar to Elizabethan ones in many ways.

The legs of the tables were initially bulb-turned. Later, they evolved into a more simpler form, called baluster form. In this form, the rails were curved in lunette or arabesque pattern. 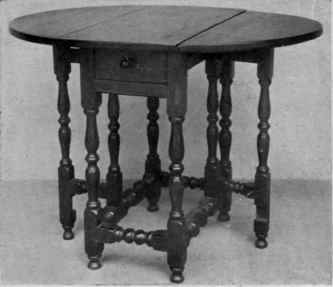 The legs of a Jacobean table were even carved with beautiful designs. The Gate leg table was also invented during this era. This type of table was generally circular, rectangular or even elliptical in shape. Interestingly, the tables also contained drawers. This was a very unique feature of the Jacobean tables.

These were simple wooden tables stained with different colours. They were not very popular in the Jacobean period.