John Rackham born on 21 December 1682 and died on 18 November 1720. He was an active English pirate captain in the waters around the Bahamas during the end times of the period today is known as “Golden Age of Piracy”.

John was also known as Calico Jack as he always wore calico cotton. John Rackham was mostly recognized for his involvement with Anne Bonny and Mary Read who were the best known female pirates ever known in the world. 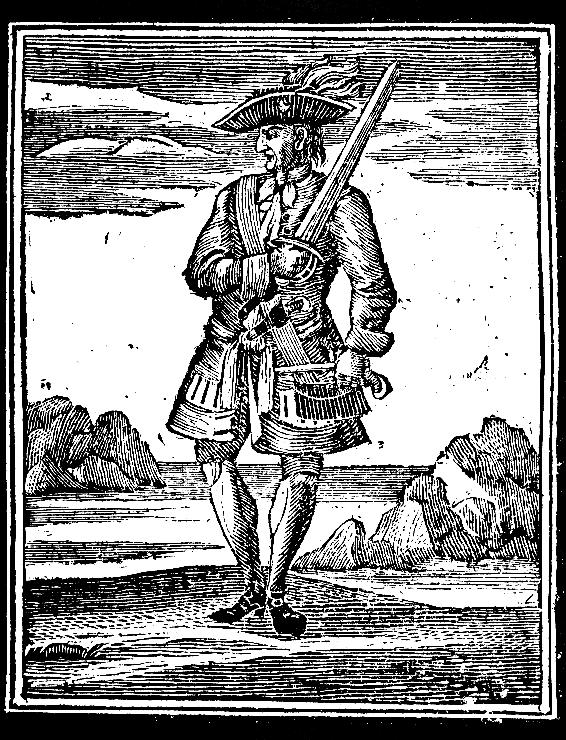 In 1718, Rackham became captain of the ship- The Treasure because Vane the real captain lacked the qualities of a good leader. Vane was removed primarily because he did not attack the French man-of-war. This disappointed not only Rackham but also the crew members. They ultimately removed Vane and made Rackham the captain.

The ship of John Rackham had a unique pirate flag. The flag had a skull and two crossed bones on it. After seeing the skills of Anne Bonny and Mary Read, John gave them the control of his ship.

Both of them successfully commanded and handled their crew. Their ship was attacked in 1720 by the British Navy. At the time of the attack, the entire crew was too drunk to fight. It was upon Anne and Mary to save their crew and their ship.

They put up a brave fight and were able to stop the officials for a long time. However, they were overpowered by the British and all the crew members including John, Anne and Mary were arrested and taken to Jamaica for the trial.

During the trial, all the men were found to be guilty of the charges put against them. They were thus sentenced to be hanged. On the other hand, the two female pirates escaped death as both were pregnant at that time.