Though never referred to as Queen Jane Grey, Lady Jane Grey actually held the English throne for a period of nine days following the death of Edward VI. She was born on October 12th 1537 at Bradgate Park, near Leicester. Lady Jane Grey’s parents were Henry Grey, the Duke of Suffolk and the Duchess of Suffolk Frances Brandon. Frances was the daughter of Mary Tudor, the youngest sister of Henry VIII.

As the granddaughter of Mary Tudor and the great niece of King Henry VIII, Lady Jane Grey did have some small claim on the English Throne. However, she was not the rightful heir. The person that should have ascended to the throne following the death of Edward VI was Mary his eldest sister.

It was through political manoeuvring on the part of her father the Duke of Suffolk and the 1st Earl of Warwick who was at that time in the role of Lord Protector to the young king, that got her named as the king’s successor. The Earl of Warwick proposed a marriage between his son Guildford Dudley and Jane, a marriage which would place his son on the throne alongside her. 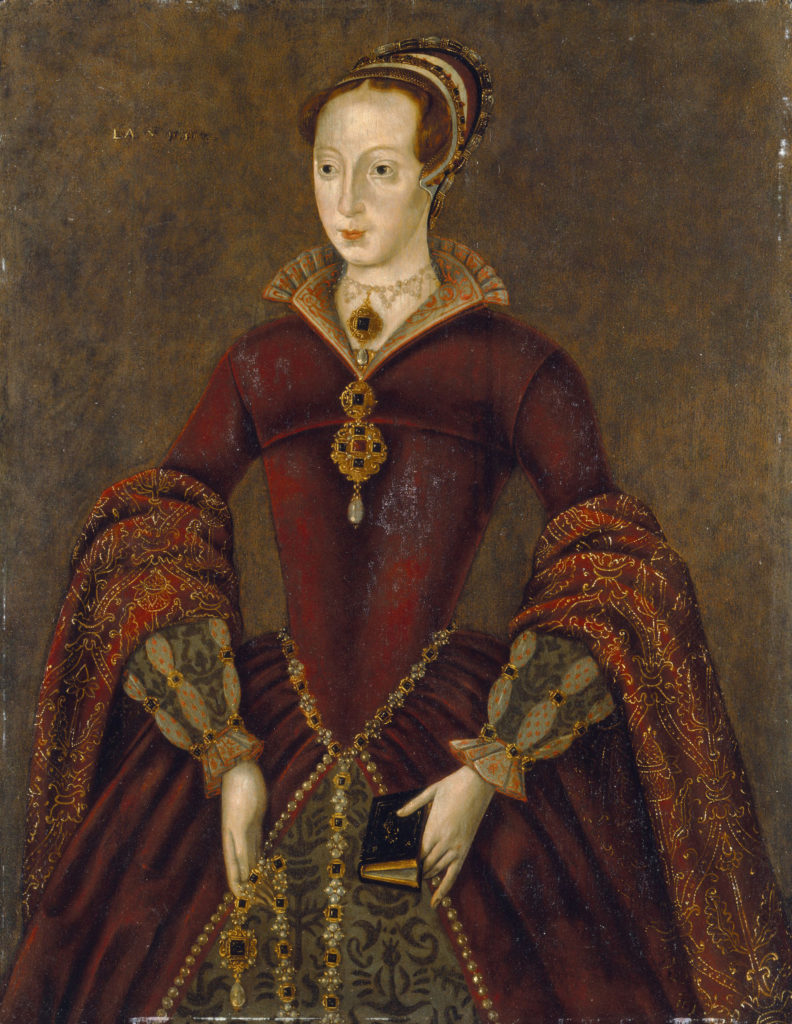 Edward agreed to naming her as his successor, as like him she was of the Protestant faith unlike his sister Mary who was a devout Catholic. He knew that if Mary took the throne the work of the reformation would be greatly undone.

Born in 1537, Lady Jane Grey had two sisters, Mary and Catherine. She and her sisters shared their education up until 1546 with the young Edward VI and Princess Elizabeth, being taught by tutors from Cambridge University. In 1546 Jane was sent to live with Katherine Parr, who following the death of Henry VIII went on to marry Thomas Seymour.

Seymour wanted to marry Jane to Edward VI, but there were already plans being made for him to marry Princess Elizabeth of France. Thomas was charged with treason, for plotting against his nephew Edward VI and was executed for his crime in March 1549. In 1553 Jane was betrothed to Guildford Dudley, their wedding taking place in May of that year. With the death of Edward VI in the July of 1553 from tuberculosis, the throne, thanks to the persuasion of the Earl of Warwick was left to ‘Lady Jane Grey and her heir’s male.’

On July 10th 1553 Jane Grey was proclaimed queen. It was a short reign as on July 19th she was deposed by Mary, Edward’s elder sister. For his part in the proceedings John Dudley was executed in August 1553. Jane and Guildford, her husband, were imprisoned in the Tower of London by Mary.

Whether in an act of clemency or to prolong their suffering Mary refused to sign their death warrants. A rebellion against Mary, led by Thomas Wyatt led to fears that Lady Jane Grey could be used as a tool in the rebellion against Mary. This forced Mary to sign the warrant for her execution. Jane and her husband were executed on February 12th 1554.