Home » Marco Polo one of greatest Travellers and Merchants from Italy

Born in the year 1254, Marco Polo was perhaps one of the greatest travelers and merchants that the world has witnessed. He hailed from Venice and started his travels at the tender age of seventeen. He is still remembered for his courage and determination and the vigor with which he enthusiastically traveled to various places in search of trade and new lands. 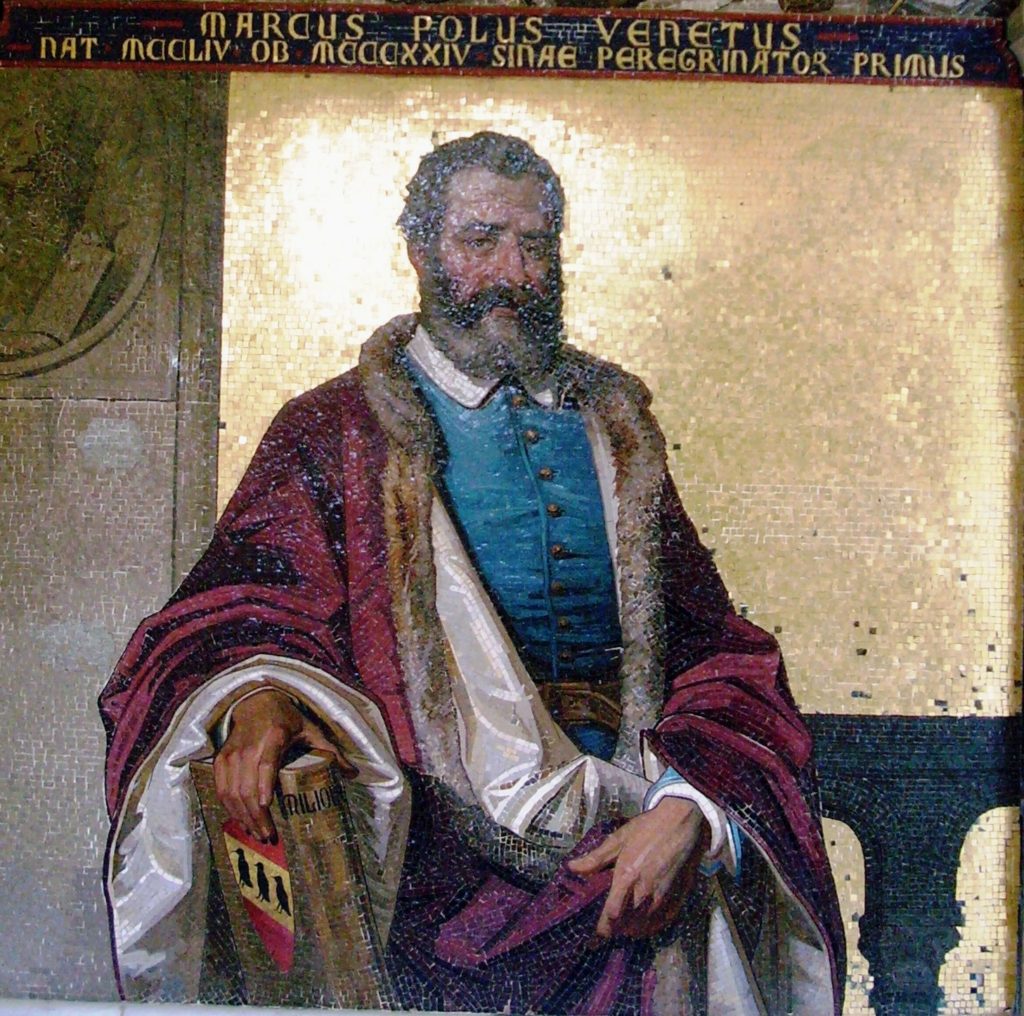 His travels in the Asian continent have made him immortal even after so many centuries. He is best respected for his expeditions to China and Mongolia which were hitherto unknown to the Europeans and opened up new trade opportunities for the West. His book narrates the experiences that he had during his famous journey to China through the Silk Road.

The Italian genius went to Asia in 1271 accompanying his father and his uncle who too were traders and explorers. It was in Asia that he came to be known as the blue-eyed boy of the Mongolian ruler Kublai Khan. Through the next 24 years, he traveled extensively all over the continent of Asia. He traveled across Mongolia and took extensive trips to China.

He discovered and traveled to parts of China that were hitherto unknown to the Europeans and his daring determination helped introduce the West to those areas in China that were untraded till then. After this, he decided to return home to Venice through the Persian route in 1295.

Book: The Travels of Marco Polo

It was in 1298, that Polo was imprisoned by the Genoese as a result of the ensuing conflict between the Venetians and the Genoese. It was at this time that the famous book called ‘The Travels of Marco Polo’ was written by a writer with dictations from the man himself while he was in the Genoese prison.

Polo was a family man with three daughters to him he gave much of his property after his death. The great man fell fatally ill in 1323 and was completely bedridden because of the illness and the weakness that it caused to him.

Many doctors treated the legend and tried their best to keep him living but Polo gave in to his illness and on the 8th of January 1324, Polo breathed his last. He was buried in San Lorenzo as that was where he wanted his cremation to take place.

The book that Marco Polo left behind was perhaps his biggest contribution. The detailed account of his travels opened up new trading opportunities for his future generations. Europeans developed an interest in the Far East and began to aim at establishing trade relations with China and other lands that lay in the Far East.

His travels brought closer to the West the mysterious and mythical land of the East and made it accessible to the future Europeans who now wanted to find easier and shorter sea routes to these places.

He revealed the riches that lay confined to the East which turned the attention of westerners to these prosperous lands that they wanted to conquer and trade with. Explorers like Columbus based their expeditions to the East on Polo’s experiences as recorded in his book.

In Polo’s memory and honor places like the Marco-Polo airport in Venice, the sheep named Marco Polo and various other books and films were named and made after him!