The Middle Ages was a violent era wherein the Knights, crusaders, and soldiers fought with all kinds of medieval weapons and armories. One of the most popular weapons to be used in these times includes the Mace. It was a typical armor-fighting bat-like weapon.

What is a Mace Weapon?

The Mace was a weapon used in the middle ages which had a heavy head, sometimes flagged or knobbed, at the end of the handle. The medieval mace weapons were easy to make and cheap. 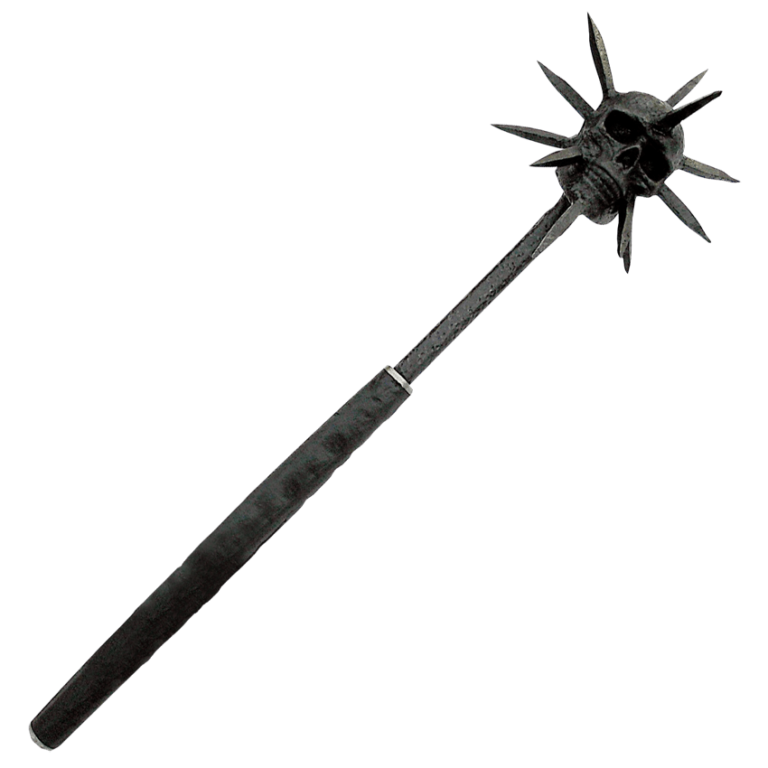 The medieval period was also known as the Dark Ages, as the people were always engaged in fights, battles, and wars. Europeans witnessed many grim battles, siege warfare to take over a castle or town was a common occurrence during the medieval era.

Therefore, men-at-arms and noble knights used different kinds of weapons to practice warfare training. Maces were popularly used by foot soldiers; these weapons also indicated the status and the position of the soldier in the war.

When were the mace weapons invented?

The medieval maces were probably made in the 10th century. In the Bayeux tapestry, they are described as the weapons used by the Normans. The 13th-century maciejowski Bible also mentions them as the weapons of the nomads and the Turks used in combat.

Mace training was essential for the Knights and foot soldiers as they fought numerous battles with such weapons. The training session involved hours of practice using the mace to gain accuracy in hitting the precise target and the strength to bludgeon the opponent with brutal force.  A training hit could be scored by making good contact with a specific target or when aiming the mace with speed at a defined target.

There were many kinds of maces made available for the men-at-arms and soldiers. There were Flanged Maces that were used to strike forceful blows at the enemy and flanges that could cut through their shields. Such dual-purpose maces were very popular and effective during the wars.

The medieval mace is an early age weapon, actively used during the Middle Ages. The construction of the mace was uncomplicated and simple. It could be made without too much material or skills. The early maces had weighty objects attached towards the end that had no metallic blades or spikes.

The swinging force of these heavy maces was used to advantage to throw a blow at an enemy. After a period of time, maces were made with spikes and sharp corners so that it could cut through the opponent armour. It produced more power and force than an ordinary sword. Most kings and leaders advocated the use of maces as it was economical and simple to build.

The bar mace was a type of mace weapon that looked a little different from the normal maces but had the same usage and effect. It had a solid bar with a leather grip. The bar got broader towards the front and was basically an advanced form of the club.

The bar mace was used by foot soldiers and farmers in Medieval Europe and was very easy to use.

Difference between mace and flail?

The flail was a weapon which had a sticking head, usually knobbed or spiked, attached to a bar with a rope or chain. The flail was considered a weapon for the peasants and was not as common as the mace. It looked different from the mace weapon and was probably not as easy to use either.

The flail was developed in Central Europe or Germany in the later Middle Ages.

The Morning Star was stated as a special kind of medieval mace, it was a combination of heavy and spiky mace design. The head of this mace resembled a pineapple’s head. Some of the historians argued that it closely resembled a flail weapon attached to a long staff via chains. Morning Star had a circular head with embedded spikes. While most maces had flanges or tiny knobs, the morning star was distinguished by its spikes.