Sir Philip Sydney was born on 30th November 1554 to Sir Henry Sydney and his wife Lady Mary Dudley at Penshurst, Kent. He was named after his godfather King Philip II of Spain. He entered the Shrewsbury School in 1564 at the age of ten years and then joined Christ Church, Oxford from 1568-1571. 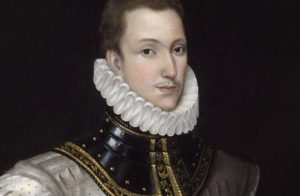 What is Sir Philip Sidney known for?

Sir Philip Sidney was the grandson of the Duke of Northumberland and heir presumptive to the earls of Leicester and Warwick. But in spite of all this, he himself was not a nobleman. He was the godson of Philip II of Spain. Sidney was one of the most prolific poets of the Elizabethan era even though he did not consider himself as a writer.

Sidney was the first child of Sir Henry Sidney and his wife, Mary. He was born in 1554 at Penshurst in Kent. His mother worked as the lady-in-waiting to the queen but had to forcefully retire after a severe bout of smallpox that disfigured her face.

At school, he was a gifted student and perfectly showed academic talent in his subjects. He demonstrated a mastery of grammar, rhetoric, mathematics, Latin, French, and some Greek. Sidney neglected games and sports to spend more time to read and write, to basically engage himself in literary studies.

Even though he didn’t play any sports, he developed into a handsome young man with considerable athletic prowess. Sidney was a student at Christ Church, where he studied for three years and soon established a proper reputation for excellence in public debate.

During this time, a marriage was proposed between Sidney and Anne Cecil, the daughter of Sir William Cecil, who was one of the most powerful men in the area. But when he discovered that the Sidneys were relatively poor, there was no chance of a marriage happening between the two families. Sidney left Oxford without taking a degree.

Sidney: Marriage and the commencement of a political career

In 1572, when Sidney was 18, he was elected to Parliament as a member from Shrewsberry. In the same year, he travelled to Europe as a part of an embassy who would negotiate a match between Queen Elizabeth I  and the Duc D’Alenson.

Sidney spent the next few years in Europe, where he travelled to various countries and during his travels,  met a number of European intellectuals and politicians. When he returned to England in 1575, he met Penelope Devereux, whom he fell in love with. She would later inspire him to write ‘Astrophel and Stella’. Her father was said to arrange a marriage between them but could not because of his untimely death.

In 1583, he was married to Frances, the 16-year-old daughter of Sir Francis Walsingham. In 1585 the couple had one daughter, Elizabeth.

Sidney read a wide variety of Italian poetry and criticism. Similar to many of his contemporaries, Italian literature was held in very high esteem by him.  Because of this, his work has a significant influence on Italian culture and literature. Sidney was also influenced by Petrarch, which is very apparent in his collection of sonnets, ‘Astrophel and Stella’.

One of Sidney’s first literary projects was a type of drama; one that would reach its most refined version in the seventeenth-century court.  Around 1578 Sidney began writing poetry. But none of his poetry would be published before 1590, which was four years after he died. The peak of Sidney’s literary activity was during the years 1579 to 1584. He wrote his famous essay, ‘The Defence of Poetry’ during the years 1579-1580.

‘The Defence of Poesy’ is without a doubt the most important critical treatise on poetry written during the Elizabethan period. It has risen to the status of a classical text. Sidney draws on a wide range of classical and continental texts, to defend the so-called ‘poor poetry’ against critics. He argues that poetry is the best tool to distil an even clearer wit. He puts forth his argument according to a  traditional seven-part classical structure.

How did Philip Sidney defend poetry?

Sidney begins with an exordium or an introduction. Then, he moves through the different stages of the proposition, division, examination and refutation to a final peroration. He ends with a digression or a different but related issue to the main topic.

This document is considered to be a fulcrum in Sidney’s career. The content and gathering of the critical energies in this work proved to be an outlet for Astrophel and Stella, Arcadia, and other works of his. Sidney’s authority as a critic, much like John Dryden in later time, is partly because of his authority as a practising poet who speaks with experience what poetry works and what does not, instead of an obscure familiarity with abstract notions of art.

What are the three kinds of poetry according to Sidney?

The three types of poetry according to Sidney are Religious poetry, philosophical poetry and poetry that treats life and nature imaginatively. He stated that the third kind of poetry was the noblest and best.

Sidney led an attack on the Spanish forces near Axel in Jul 1586. This was a part of the Protestant movement against the Roman Catholics and Spain. Later that same year, he joined Sir John Norris in the Zutphen. There was heated fighting going on in that area, part of the Protestant cause against the Spanish. Unfortunately, during the battle, he was shot in the thigh and that wound developed into gangrene.

He died 26 days later, at the young age of 31. There is a famous anecdote that is reminiscent of his gallantry during the time that Sidney lay wounded in the trenches. Apparently, he gave his last remaining water to another wounded soldier saying, ‘thy need is greater than mine’.

Sidney was already famous during his lifetime but became even more so after his heroic death. He was learned and politic, but at the same time he was very brave. Sidney’s funeral procession was one of the longest and elaborate ever staged. His memorable style of poetry was immortalized in his famous work, Astrophel and Stella, so much so that Edmund Spenser was inspired to write a poem named ‘Astrophel’, which is now known as one of the greatest English elegies.

He, however, left without even taking his degree to complete his education by travelling the continent during which he visited Paris, Frankfurt, Venice and Vienna. He was an Elizabethan courtier, statesman, poet and soldier. After Shakespeare’s work, Sir Philip’s Astrophel and Stella published in 1591, was considered to be the finest English sonnet. It consisted of 108 sonnets and 11 songs.

Sir Philip went to France in 1572 as a part of the embassy to have talks regarding the marriage between Elizabeth I and Duc D’ Alencon. He came back to England in 1575 and met Penelope Devereux, the future Lady Rich. Her father wanted Penelope to marry him, but he died before that. 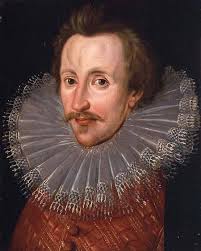 Penelope married Lord Rich in 1581 and Sidney married Frances Walsingham, daughter of Sir Francis Walsingham. Together they had a daughter named Elizabeth. In 1577 he was sent to the German Emperor and the Prince of Orange as the English ambassador.

As per official records, Sidney was sent to console the princes who had lost their father’s but in reality, he was testing the waters for creating a Protestant league there. Soon Elizabeth I found out about his approach and asked him too cautious. When he returned home, he attended the Queens’ court and was regarded as ‘the flower of chivalry’.

In 1580, he was dismissed from the court as he had opposed to the marriage between Elizabeth I and Duke of Anjou, Roman Catholic heir to the French throne. During this time he wrote his longest work Arcadia and dedicated it to his sister Mary Sidney. After his death, Mary re-worked Arcadia and was re-named as The Countess of Pembroke’s Arcadia. In 1581, Sidney returned to the Queen’s court and made the MP for Kent.

He was awarded the knighthood in 1583. In 1585 he made an unfruitful attempt to go with Sir Francis Drake on his voyage to Cadiz without Queen’s consent. When Elizabeth I came to know about this, she summoned him to return to the court and was made the Governor of Flushing, Netherlands.

In 1586, Sir Philip Sidney with his younger sibling Robert Sidney participated in a battle against the Spaniards at Zutphen. During this fight, he was injured by a musket shot that hit him in the thigh. He was wounded for around 22 days but he succumbed to his unhealed wound on 17th October 1586.

At the time of his death, he was barely 32 years old. On hearing the news of his death, the Queen and her subjects were in shock and mourned his death. His body was brought back to England and was buried in St. Paul’s Cathedral on 16th February 1587. He gained more popularity and respect after his death than he got during his lifetime.

Sir Philip was regarded as the epitome courtier, and also was brave, generous and impulsive. A biography of Sidney was written by friend Fulke Greville. People paid him tribute by naming a street after him in Zutphen, Netherlands.

Throughout his life, Sir Philip Sidney was a Protestant. In the 1570’s he encouraged John Casimir to have a combined Protestant campaign against the Roman Catholic Church and Spain. He was also successful in raiding the Spanish forces close to Axel in 1586.

Sir Philip’s works include poems like The Defense of Poesie, published in 1595 and which also introduced critical ideas of Renaissance theorists to England, The Lady of May(1598), Sonnets like The nightingale(1598), The Seven Wonders of England, etc.

“Biting my truant pen, beating myself for spite: “Fool!” said my muse to me. “look in thy heart, and write.”

“Either I will find a way, or I will make one.”

“The only disadvantage of an honest heart is credulity.”

“They are never alone that are accompanied with noble thoughts.”

“It is the nature of the strong heart, that like the palm tree it strives ever upwards when it is most burdened.”