King Richard III Family: Richard III was born in 1452 to the Duke and Duchess of York, Richard Plantagenet, and Cecily Neville at Fotheringhay Castle, Northamptonshire. Richard before being king was the Duke of Gloucester, a title which was bestowed upon him in 1461 when he was nine years old.

Richard was very ambitious, and this title did little to please him. The king was his elder brother Edward IV and there was some jealousy at this from Richard. In 1472 Richard was married to Anne Neville.

Edward IV died in 1483 and the crown was passed to his eldest son and heir, Edward V, who at this point was a mere twelve years old. Richard became guardian to the new king, though this offered him a way of gaining the power that he so desperately wanted.

Richard III: The Princes in the Tower 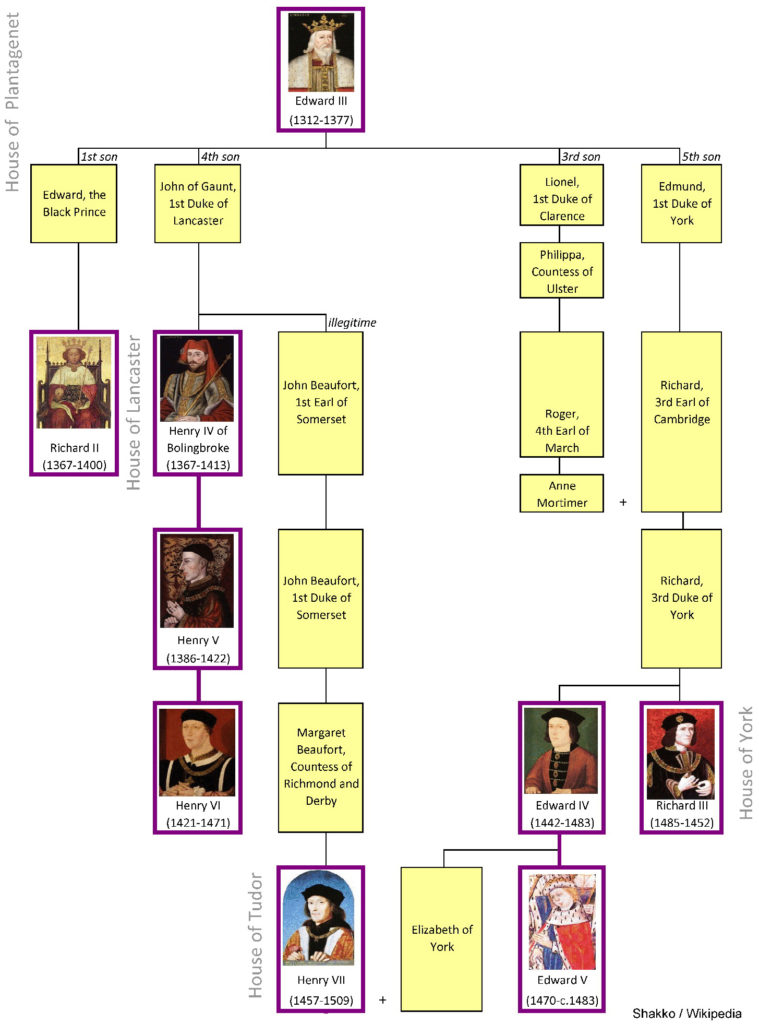 His scheme worked in his favour and Richard was declared the true and rightful heir. The two boys were never released from their imprisonment in the Tower and were in fact never seen again. It is widely believed that Richard had them murdered.

How was Richard III related to Edward III?

Richard III was a descendant of Edward III along with his rival, Henry Tudor.

Richard III had four children – Edward of Middleham, John of Gloucester, Katherine Plantagenet and Richard Plantagenet. Katherine’s mother’s identity has not been known, but it is believed to be Katharine Haute, who was the wife of James Haute.

John of Gloucester was probably the only legitimate son of Richard III, although, even the identity of his mother remains unknown.

Richard III had many siblings. Some of them are, Edward IV of England, George Plantagenet, Margaret of York, Anne of York, Edmund, Earl of Rutland, Henry of York, John of York, Thomas of York and William of York.

Richard III: The Wars of the Roses

For all of the two years and two months that Richard was King, his throne was forever being threatened from both home and abroad. The murder of the two princes in the Tower had incensed the House of Lancaster, who had sworn to avenge their deaths by removing Richard from the throne

And placing a member of the House of Lancaster there instead. Richard was a cruel and barbaric man, who would let nothing stand in his way of getting exactly what he wanted, as the murder of his two your nephews illustrates. 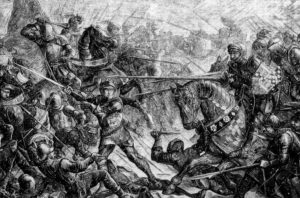 This was a very turbulent time in the history of England, the Wars of the Roses were already well underway, his rise to the throne being the final chapter in the whole affair. Richard met his match during the Battle of Bosworth Field in 1485.

This was the final battle of the Wars of the Roses which saw the House of Lancaster take on the House of York for the English crown. Richard was the last English monarch to lose his life on the battlefield, his forces losing to those under the command of Henry Tudor.

Where is Richard III buried?

Richard is buried at the Leicester Cathedral at Leicester, UK. Richard died in 1485 at the Battle of Bosworth Field. His body was originally buried at the nearby Friary Church. His tomb was lost with the demolition of the church.

However, searches began for his remains in the 21st century and on finding them, he was reburied at the Leicester Church.

Was Richard III a Plantagenet?

What happened to Richar III’s son?

King Richard III and Anne had one son, Richard’s heir apparent, Edward of Middleham who died in 1478, as well as two illegitimate children born before his marriage to Anne, John of Gloucester and Katherine Plantagenet.

Who are the living descendants of Richard III?

Richard III does not have any living descendants as confirmed by historians.