There were many advances made during the Tudor period, not only in science and learning but also in the arts. New influences were being introduced from Europe and further afield which saw the introduction of new styles of music along with new instruments. In terms of music, it was a Golden Age as new forms of music were introduced such as opera, the masque, the madrigal and the anthem.

Names of Famous English Composers during the Tudor era

New English music schools were established and produced some of the greatest composers of the period such as William Byrd, Thomas Campion, John Dowland and John Farmer as well as Orlando Gibbons, Robert Johnson and Thomas Tallis. Some of the music composed by these men is still in common use today, especially the church music. 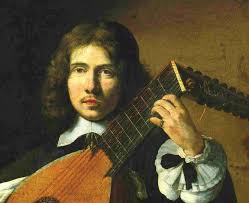 Added to the list of these new and accomplished musicians should be King Henry VIII himself, he is known to have composed several pieces, especially for the recorder in which he was incredibly proficient in playing. Music was everywhere during the 16th century and was an integral part of daily life.

King Henry VIII owned hundreds of musical instruments and also hosted several artists in his court. He had approximately sixty musicians in his court. Anyone who composed good music was highly rewarded.

Some of the great musicians were

Thomas Tallis – Tallis was one of the most important composers of sacred music in the 16th century.  He usually made simple reformation service music. He was also the one to introduce the influence of Continental polyphonic music in English music.

He served under several monarchs such as Henry VIII, Edward VI, Mary Tudor and Elizabeth I.

William Byrd – He was another very important composer and organist of the 16th century. He is best known for his composition of the English madrigals. His virginal and organ music helped to develop the English keyboard. He was a student and protege of Thomas Tallis.

Their close relation and collaboration influenced English music toa great extent. They were given a joint monopoly by Queen Elizabeth I to print, publish and sell music and print music papers. Their collection was called Cantionese sacrae which they dedicated to the queen.

Robert Fayrfax – He was one of the early Tudor composers mostly known for his masses and motets. He differed from his contemporaries in various ways and, therefore, he was specials. Fayrfax was unique in the incorporation of voices in a composition and his usage of the imitative counterpoint.

He was awarded the degree of doctor of music twice, at Cambridge and at Oxford. He also composed some excellent secular music.

Dionysus Memmo – Memmo was a friar and also an organist who was especially liked by Catherine of Aragon. He was a musician at St. Mark’s in Venice and had brought his musical instruments to England. Henry was extremely fascinated by Memmo and requested the Pope to release him from the church so that he could stay at Henry’s court. He was made to join the King’s Royal Chapel.

Philip van Wilder – Wilder was also one of the chief musicians at Henry’s court. He played at the King’s privy chamber. He was also the teacher of Edward VI, Henry’s son and made him become a brilliant lutist. He was the one to lead a choir at Edward’s coronation and paid a good sum of money to take care of his lute case.

Edward’s musicians also included a great variety of singers, organists, trumpeters, drummers, minstrels etc. Almost all monarchs in the Tudor era were proficient in music and, therefore, valued great artists in their court.

All of the Tudor kings and queens were proficient musicians and were highly interested in the arts. During the reign of Henry VIII the most influential musicians of the time were perhaps Richard Fayrfax, who became the very first Doctor of Music at Cambridge, and William Cornish who was commissioned to write music for the meeting of Henry VIII and the French King at the Field of Cloth and Gold in 1520. 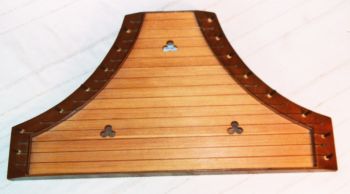 Tudor composer Thomas Tallis was born in 1505 and is considered to be one of the most important composers of English choral music from the period. There are suggestions that Tallis was a boy chorister within the Chapel Royal at St James’ Palace, a place that he went back to as a grown man.

His first recorded professional musical employment was as organist at Dover Priory in 1532. He is then known to have relocated to London and played at Waltham Abbey. He is next found working at Canterbury Cathedral before being sent to perform at court for the pleasure of Henry VIII, followed by Edward VI, Mary I and Elizabeth I. He is known to have served all monarchs as organist and composer until his death in 1585. 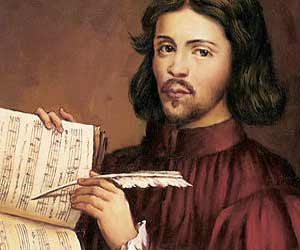 Born around 1570 John Farmer was placed in the patronage of the Earl of Oxford. It was to the Earl that Farmer dedicated his volume of madrigals and canons. He became organist and master of the boy choristers at Christ Church Cathedral, Dublin in 1595, while during the same period being employed as the organist at St Patrick’s Cathedral within the city.

He relocated to London in 1599 and published his collection of four-part madrigals which he dedicated to his former patron. It is Farmer’s Lord’s Prayer that is still used in the majority of churches and cathedrals in England.