2) Tudors reigned over England from 1485-1603. The Tudor established their rule in England when Henry VII defeated King Richard the third in the battle of Bosworth Field.

3) Rose was the family emblem of the Tudor family. The Tudor rose was created by Henry VII who brought the Wars of Roses to an end. It was a continual battle between two Royal groups of England – the House of Lancaster (red rose) and the House of York (white rose). He joined the two together giving birth to he Tudor rose.

4) Henry VII married Elizabeth of York, who was the daughter of Edward IV and Elizabeth Woodville. This marriage was essentially a settlement to firmly establish Tudor control in England. It also brought together the Houses of York and Lancaster.

5) Henry VIII was the second son of Henry VII and Elizabeth who ascended the throne after the death of his brother Arthur.

6) Henry VIII had 6 wives. Princess Mary was born from his first marriage to Catherine of Aragon. Princess Elizabeth was born out of his second marriage to Anne Boleyn. Both Mary and Elizabeth, later on, ruled over England.

7) However, both Catherine of Aragon and Anne Boleyn were executed. 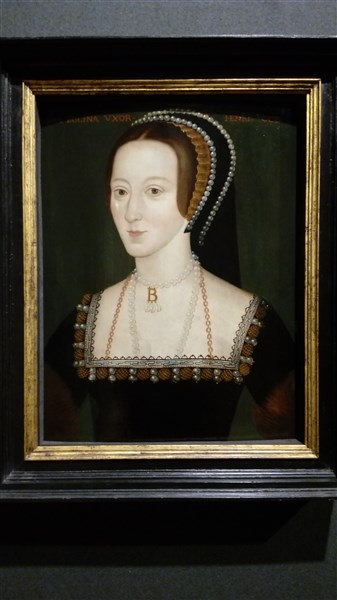 8) Jane Seymour was the third wife of King Henry VIII. She was the only wife who gave birth to a son who they named Edward VI, thus ending the long desire of Henry VIII to have a male heir to the throne. After Jane Seymour, Henry had two wives – Catherine Howard and Catherine Parr.

9) After his death, Henry VIII was rested next to Jane Seymour in Windsor Castle. Edward VI became the King, but his rule did not last for a long time as he passed away at a young age of 15 years.

10) Mary of Scots became the 1st Queen of the Tudor reign. She was also popular by the name of ‘Bloody Mary’ owing to the numerous Protestant executions that took place during her reign. Mary was a strict Catholic and executed everyone who refused to follow her faith.

11) There was thus a conflict between the Protestants and Catholics which lasted for several years.

12) When Elizabeth ascended the throne after the execution of Queen Mary, the Protestants had begun gaining power. Queen Elizabeth was the Head of the Church and she ruled for around 45 years.

13) With the demise of Queen Elizabeth, the long tenure of Tudor dynasty came to an end in 1603.

14) Education was not very common although parish schools were set up in towns and villages. Boys and girls did receive some education. Boys were encouraged to study while girls were groomed since a young age to take care of the household responsibilities.

15) Punishments given to culprits were harsh and severe. The objective was to teach them a lesson and deter any further occurrence of crimes.

16) The Tudors loved eating various kinds of meat. The staple diet of Tudor people, in fact, consisted of meat, beef, lamb, wildfowl etc. They had to preserve the food by rubbing salt in them since there were no refrigerators. The rich people disliked vegetables but the poor had to eat them.

17) People in Tudor times ate using spoons, knives and their hands. The fork was not so much in use.

18) Books were not that common in Tudor schools, so the children used “hornbooks”. The hornbooks were pages with alphabets and religious teachings attached to a wooden board that was covered with transparent sheets made of cow horn.

19) The Tudors enjoyed games such as card games, chess and backgammon.

20) The Tudor houses were very pretty and some are still standing today. They were mainly made of wood with distinctive designs of doors and windows. The Tudor windows had a wooden frame and panes made of horns and other materials.

21) The Tudor people wore clothes according to their wealth. There were even laws regarding what people could or could not wear. These laws were made to maintain the distinction between social classes.

22) The Tudor period was also famous for the explorations that were made to faraway places. Famous explorers such as Francis Drake, Walter Raleigh etc travelled to various places to set up colonies, discover new trade routes and discover new lands.

23) Art culture and literature developed greatly in the Tudor era, especially during the reign of Queen Elizabeth I. Great writers such as William Shakespeare and Christopher Marlowe wrote during this period. Great plays were written and performed in the court as well in public theatres.

24) Short plays with music were called masques. Music was also a common form of entertainment. Hunting, tennis playing and hawking were very popular among the rich people while the poor played football.