The glass was expensive throughout the Tudor period; therefore glazed windows of any size were something that only the very wealthy could afford. The houses of the very poor had windows that were covered with shutters, these being made out of wood or horn. It was the way that glass was made that gave it such high a price, though where it was used the buildings with windows would be much lighter and airier than those without.

The glass manufacturing process was not only time-consuming it was a long and drawn-out process. The fact that it was so difficult to make is what made it so expensive. For a typical Tudor window, a piece of molten glass would be blown into a cylindrical bubble, this would then be placed onto a table to cool. Once cool enough the bubble would then be cut, which would produce small panes of glass. 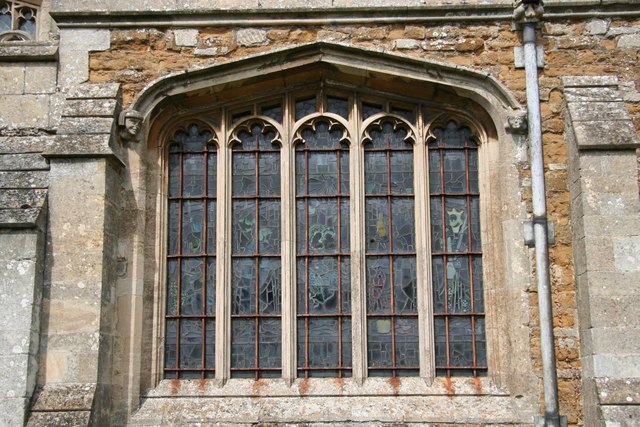 A number of these small pieces, which were often diamond-shaped would be joined together with lead to make a complete pane. These windows had a very distinctive lattice pattern and were used to create windows known as casements which mean that they were hinged so that they could be opened outwards to let air inside the room.

Did the Tudors have glass windows?

The glass was rare and expensive in the Tudor period and had to be mostly imported. It was, therefore, restricted only to the rich upper-classes. In a. ordinary Tudor home, a piece of molten glass was blown to form cylindrical bubbles which would be cut into small pieces and used in the windows.

If glass could not be afforded, for example in poor Tudor homes, it was common for other items to be used in its place. Materials used included thinly sliced and polished horn, decorative shutters and even paper was used. The traditional criss-cross windows style that we associate with the Tudor period was more common in homes of people with a higher income. Still, the windows would be small in order to keep down the expense of having them.

Like with most things during the Tudor period, the more money you had the more you liked to be able to show off your wealth. Tudor manor houses and mansions were generally fitted out with large windows. Not only did this show the population that the owner was wealthy and powerful, it also made for a better living environment as the rooms would be filled with natural light. 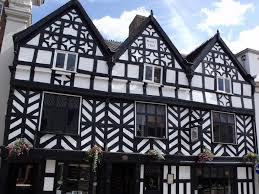 What were Tudor windows made of?

Tudor windows and doors were mostly made of wood and various metals. Apart from them, thinly cut horn that was polished up and used.  Sometimes, even paper was used in middle-class homes to decorate the windows.

The Tudors had several types of windows, but the most popular were –

The glass was first used on doors and windows during the Tudor period. Large pieces of glass were rare and expensive and therefore, the window panes were small, held together with a zig-zag pattern of frame called the ‘lattice’.

Many people could not afford glass at all, so they used horns and cloth. Wood was also widely used mostly to make the shutters. However, the usage of glass slowly became widespread. Glass windows made the interior of the houses light up and airier.

The Hardwick was an excellent specimen of glass windows, where the clever usage of glass produced a remarkably beautiful effect on its wide and numerous windows. The Hardwick Hall was owned by Elizabeth, Dowager Countess of Shrewsbury.

While the glass was rare at the start of the Tudor period by the end glass was being widely used for glazing windows. Traditional windows of the time were tall and narrow, consisting of small diamond-shaped panes which were led together to make a full pane. Over time the panels of glass could be made a little larger and were rectangular in shape. These are the panes which are most often seen on the larger houses from the time.

Having a glazed window in itself was a statement about your worth, but for those that could afford it, the ostentation didn’t end with the use of glass. The heavy wooden window frames themselves would be decorated, carved with intricate patterns, the Tudor rose being incredibly popular. Intricately carved wooden supports would also be used beneath the windows which projected from the upper floors of the house.