William Shakespeares Tragedies: William was a very popular English poet and writer. He had been writing tragedies from the very beginning of his career. His most famous tragedies were written between 1601-1608. Shakespeare’s popular tragedies were Hamlet, Othello, Macbeth, and King Lear.

Other tragedies included Romeo and Juliet, Titus Andronicus, Julius Caesar, and Cymbeline. Cymbeline is at times considered to be a dark comedy.

Hamlet is a tragic story of a young man who wants to take vengeance for the murder of his father who is also the King of Denmark. The story follows how the ghost of Hamlet’s father tells him that Claudius had killed him. Hamlet then decides to take revenge with his uncle, Claudius for the death of his father.

Claudius had killed the King in order to replace him as the King of Denmark. He also goes to the extent of marrying Gertrude, the widow of King and the mother of Hamlet, to gain full control over the kingdom.

Hamlet through the medium of a group of actors stages a public play in which the plot for the King’s assassination by Claudius is portrayed. On hearing this, Claudius summons Hamlet to be deported to England. He, however, had a hidden agenda of killing Hamlet. In the meanwhile, Hamlet confronts his mother about her marriage to Claudius.

The ship on which Hamlet is traveling was boarded by pirates. The pirates released Hamlet in exchange for the lives of those who were given the task of killing him.

On his return to Denmark Hamlet learned about the death of Ophelia, the woman he loved. Her brother, Laertes, however, holds Hamlet responsible for her death. A duel erupts between Hamlet and Laertes. 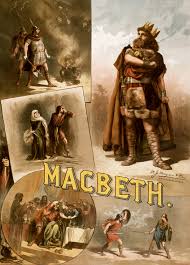 Laertes, in order to kill Hamlet, poisons the tip of his sword. During the fight, Claudius makes a drink for Hamlet in which he had added poison. But instead, Hamlet’s mother drinks it and falls.

In the whole commotion, the swords of Hamlet and Laertes get exchanged leading to both of them getting badly injured. Hamlet just minutes before his death stabs Claudius and kills him. He thus avenged his father’s death.