Jane Seymour was born to Sir John Seymour and Margery Wentworth in Battersea, Wiltshire around 1508 and was the eldest daughter of the couple. She was the third wife of King Henry VIII. She bore Henry VIII an heir by giving birth to a son who was named as Edward VI.

It is said that she was the maid-of-honor to the earlier two wives of Henry VIII, namely Queen Catherine and Queen Anne. Jane Seymour and Henry VIII were married at the Palace of Whitehall, London within days of execution of Henry VIII second wife Anne Boleyn.

Although she was the wife of the King, she was not crowned as Queen as a plague had broken out in Westminster where the coronation ceremony was supposed to take place. By the time the effect the plague receded, Queen was pregnant, thus, delaying the process of crowning her as the Queen.

She was also not very educated like the other wives of the King but was skilled in the art of needlework. Jane Seymour was beautiful and was the fairest of the King’s wives. She was known to be a kind-hearted lady. Jane Seymour knew Princess Mary even before she married her father as Jane had served Queen Anne Boleyn.

Even after marriage, she shared warm relations with Princess Mary and even tried to make the heir to the throne. Her attempts to reconcile a daughter with her father bore fruits when the relation between the two started improving. In 1537, Jane became pregnant with her first child. However, her pregnancy was not very easy. 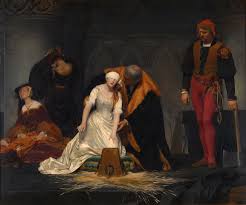 During the last few months of her pregnancy, Jane had distanced herself from the world and lived in isolation. Her labor lasted for around three days. However, overcoming all the complications, she gave birth to a son on 12th October 1537 and he was named as Edward VI. Jane was the only wife of Henry VIII who had given him an heir to the throne. His first and second wife had given birth to daughters.

At the time of Edward’s christening ceremony, Jane was severely ill but the King’s joy of finally having an heir was so powerful that even in the state of sickness he made Jane attend the christening ceremony. Elizabeth and Mary, daughters of Henry VIII from his previous marriages carried their brother’s train during the ceremony.

The stress of the ceremony took a toll on the already fragile condition of Jane. She died soon after childbirth on 24th October 1537 at Hampton Court Palace. She was around 29 years old when she died. There are many speculations as to the exact reason for the death of the Queen. 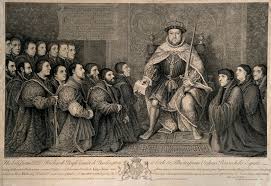