Many of the illnesses and diseases that were rife in Tudor times were caused through a lack of understanding of the importance of hygiene, as well as the fifthly living conditions endured by the majority of the population. Tudor medicine was basic in the extreme and not equipped to deal with the diseases of the time, the simplest of which could result in the death of the patient.

Tudor doctors were unaware of the dangers presented by the open sewers when ran through the streets of London, or the pollution and disease caused by the dumping of rubbish in the streets as well as in the rivers and waterways. As all of the houses in Tudor times were built very close together it was common for illnesses and diseases to spread quickly. Doctors failed to recognise that many Tudor diseases were spread by the lice, fleas and rats which infested the streets, houses and people. 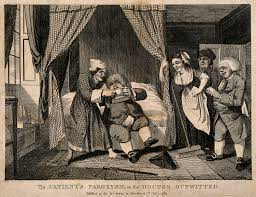 The main treatment which was the resort of the Tudor doctor was ‘bleeding’. Physicians at the time believed that illness and disease thrived in the fluids of the body. By removing some of these fluids through the bleeding process, it was thought that some of the symptoms of the disease could be alleviated.

Clothing of the Tudor Doctor

Part of the attire of the Tudor doctor included a face mask, which prevented him from inhaling the majority of germs from airborne diseases. He was also covered from head to foot in long clothing which was believed to keep him safe from infection. Many images of doctors of the time show them wearing a mask which has a beak like shape on the front of it.

This mask was especially worn during the break out of the bubonic plague (Black Death), the end of the beak held some sweet smelling oils or herbs such as bergamot, which would mask the smell of death and decay. Tudor doctors were somewhat superstitious, 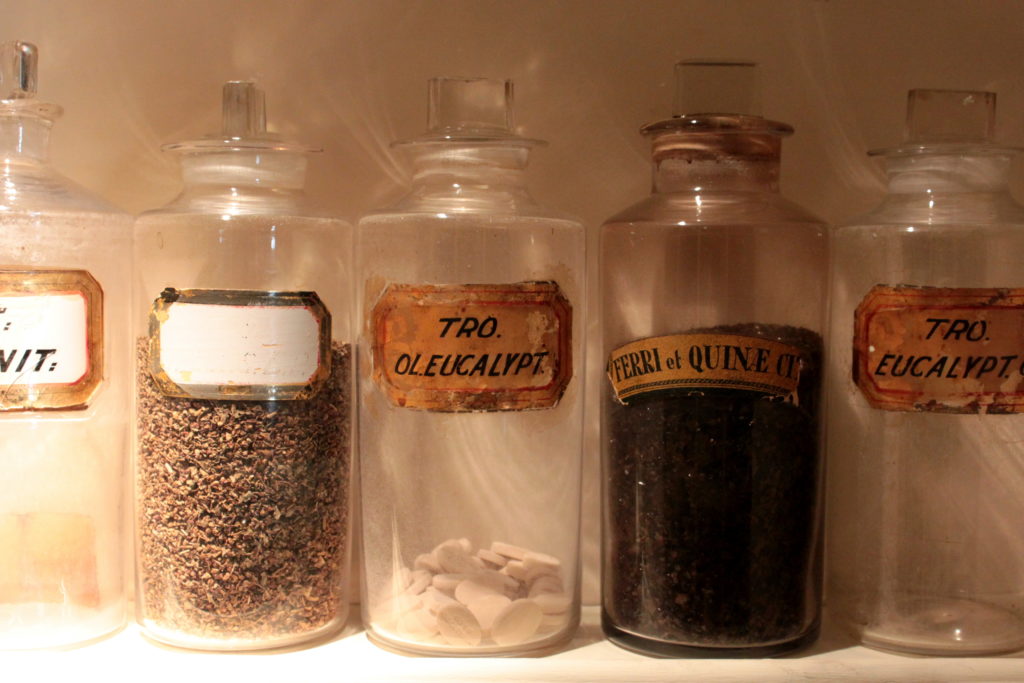 and not understanding the nature or cause of the majority of Tudor diseases would wear an amulet of ground up toad and dried blood around their waists for protection. The boots, thick gloves and long clothes worn by the doctor would protect him from infection from flea bites, but it was still a dangerous job.

Doctors to the wealthy would have received their training at University as well as through attending the Royal College of Physicians. The charge for a visit from the physician would cost in the region of ten shillings, a gold coin, which placed their services well out of reach of the majority of the population. Tudor surgeons were not as well qualified, known as ‘Barber Surgeons’ they would pull rotten teeth and perform a bleeding for a patient.

The apothecary was where people could buy medicines which were mostly herbal in nature, though the church would also provide the poor with herbs for medicines from their own herb gardens. The first point of call for a great proportion of the population was the local ‘wise woman’, generally a woman with a good knowledge of herbal lore and healing methods.