The clothes worn during the Elizabethan era were more or less emulated on stage as theatre costumes, of course with a little more flash and inventiveness. Queen Elizabeth who reigned supreme was seen bringing in new fashions and accessories that were yet not experimented with in London.

One must understand that in those days, one could not simply wear whatever one took a fancy to and walk out. Dressing up was more of an art than fashion. Women as well as men were governed by strict laws which dictated what might be worn and what might not be worn. 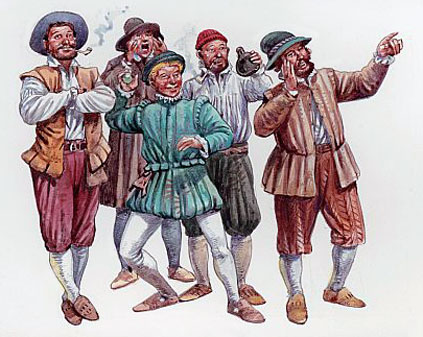 This was called the Sumptuary laws. Again, the English society divided itself on basis of social standing. Royalty came first, then aristocracy, so on and so forth.

However, Elizabethan theatre actors enjoyed certain artistic licence in apparel owing to the insertion of a “Get Out” clause in the Sumptuary Law. Since women were forbidden to appear on stage and it was considered a taboo, the female parts of the play were also played by men. In the Elizabethan era, the number of clothes one had to wear literally outweighed the weight of a person!

A woman’s costume included the inner garments, the clothes and the outer garments. The inner garments consisted of a singlet or chemise, corset, generally made of whalebone to pinch the waist so as to give an appearance of an incredible petite frame.

Then came stocking, pantalets, and under skirt, a stomacher, which was a filler for the deep neck of a dress. It was usually intricately embroidered. And finally something called a forepart. The gowns, depending on the station of the person being portrayed was made of coarse cotton to silk and velvet. 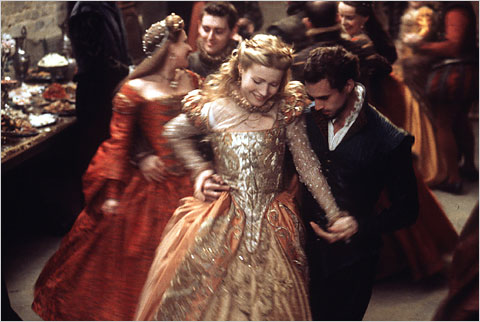 Taffeta and brocade was also widely used. The dresses were full skirted and sleeved. The Elizabethan era was known for introducing the high stiff collars which is seen in many paintings of Queen Elizabeth. The sleeves were worn apart and the ensemble accessorised with shoes, capes, hats and reticules.

The men’s costume at the Elizabethan theatre was a shirt, stockings and as it turns out corsets! However, fewer men wore corsets in the Elizabethan era. The outer garments were britches, doublet which was a well fitted coat, sleeves separate, same stiff high collar and an overcoat.

This was rounded off with a cape and hat. Cravats were also an integral part of the men’s attire. The Elizabethan theatre costumes were colourful, vibrant and eye catching.