Needlework during the Jacobean era had reached new heights of popularity. It could be done on several kinds of fabrics. Embroidery and Crewel were the types of needlework which always remained in vogue.

Embroidery was of free form and was basically a stitch work. Many interesting designs comprising of birds, animals, flowers, plants, etc. were used to make the design look beautiful and appealing. Jacobean women did needlework from their houses. Needlework was commonly seen on a lot of household things like curtains, bed hangings, cushions, etc. Also, needlework was done jackets. 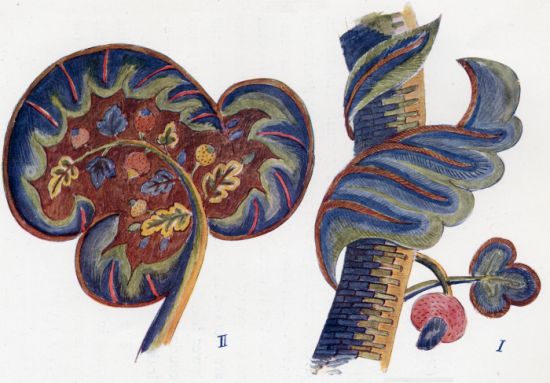 Another important form of needlework popular during the Jacobean period was Crewel work. It is considered to be a very old form of stitching and was done using a variety of stitches. Crewel work was done with the help of pointed crotchets. This form of work is regarded to be very difficult form of embroidery.

Birds, animals, flowers, plants, Tree of Life were some of the commonly used designs for crewel work. Crewel work was done curtains, pillows or even bed hangings. A lot of color combinations were used in order to make the work look attractive. Colors like blue, green and brown were commonly used.