When you mention Elizabethan Era and drama, the first name that comes to mind is that of great William Shakespeare. He is arguably the greatest dramatists in living memory. 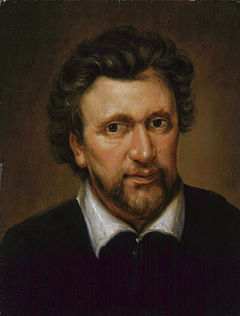 It was the peak of the English Renaissance and saw some great English poetry, music and literature. This was also the time during which Elizabethan theatre grew, and many playwrights composed plays that changed the face of England’s theatre. There were many playwrights that flourished during this period – Christopher Marlowe, William Shakespeare, Francis Beaumont and John Fletcher, Ben Johnson, Sir Walter Raleigh to name a few.

Christopher Marlowe was an English dramatist, poet and translator of the Elizabethan era. He was considered as the foremost Elizabethan tragedist, next to William Shakespeare, known for his blank verse and his overreaching protagonists. Marlowe was also a well-known atheist. Ten days after Marlowe’s arrest on 18 May 1593 on allegations of blasphemy, he was stabbed to death by Ingram Frizer. Whether the stabbing was connected to his arrest has never been resolved.

Commonly known as Bard, William Shakespeare is, by far, the most famous and popular playwrights of the Elizabethan era, and possibly of all times. By 1592, he was a leading member of the Lord Chamberlain’s Company, which later became the King’s Men after accession of James I in 1603.

He was considered to be a closet homosexual, but the question of whether he was homosexual, or not, is insignificant; in Elizabethan Era, homosexuality was more likely to be recognized as a sexual act, rather than a sexual orientation. Shakespeare died in April 1616, in his hometown of Stratford-upon-Avon.

Shakespeare was famous for all types of plays – tragedies, comedies, heroic verses, historical etc. He also wrote 152 sonnets, and verses in many languages. His plays include Romeo and Juliet, Hamlet, The Tempest, Comedy of Errors, Julius Ceaser, Henry VII among others.

It is said that Shakespeare was heavily influenced by Marlowe in his work, as can be seen in the re-using of Marlovian themes in Antony and Cleopatra, The Merchant of Venice, Richard II, and Macbeth (Dido, Jew of Malta, Edward II and Dr Faustus respectively).

The most famous tribute to Marlowe was paid by Shakespeare in As You Like It, where he not only quotes a line from Hero and Leander, “Dead Shepherd, now I find thy saw of might, Whoever loved that loved not at first sight?”, but also quotes many references from the story.

John Fletcher was a contemporary and collaborator of playwrights such as Shakespeare, Johnson and Middleton, Massinger and Rowley. Fletcher’s plays included The Faithful Shepherdess (c.1609), historical tragedy Bonduca (1614), the comedies The Chances (c.1617), an adaptation from Cervantes, The Tamer Tamed, adaptation of Shakespeare’s Taming of the Shrew, (1624), a political drama, The Loyal Subject (1618), and a tragedy, Valentinian (1610-1614).

Francis Beaumont was a student of poet and playwright Ben Jonson. His first work, Salmacis and Hermaphroditus, appeared in 1602. In 1605, Beaumont wrote commendatory verses to Jonson’s Volpone.

The first of the plays Fletcher wrote in collaboration with Beaumont was The Woman-Hater (1607), but their most famous play was the tragic-comedy Knight of the Burning Pestle (1607) in which Beaumont and Fletcher, influenced by Cervantes, made fun of knight-errantry, heroic domestic drama, like Julius Ceaser, and the heroic verse of Shakespeare. They even satirized the audience; especially those who liked to sit in front and interfere with the play.

This first collaboration formulated into a very close friendship, so close, in fact, that John Aubrey reported that they even shared their clothes. They also produced Philaster (c.1609), a romantic mistaken-identity play, The Maid’s Tragedy (c.1610), a play about murder and betrayal, and, finally, A King and No King (1611), a “black comedy” complete with incest and more mistaken identities, which somehow ends happily.

Fletcher’s collaboration with Beaumont lasted from 1607 until the latter’s death in 1616. It was once written about Beaumont and Fletcher that “in their joint plays, their talents are so completely merged into one, that the hand of Beaumont cannot clearly be distinguished from that of Fletcher.”

There is some more interesting information about the life of playwrights including the pay, the actors.