Sir Walter Raleigh was a famous pirate during Elizabethan Era. He was born either in 1552 or 1554 as the youngest son to a Protestant family settled in Devon, England. There is very little information about his life before he became a pirate, but he was known to have lived in Ireland for some duration wherein he was involved in two massacres, one at Smerwick and the other at Rathlin Island.

His half brothers were Sir Humphery and Sir John Gilbert, and he had a brother named Carew and sister named Margaret. The only person whom Walter looked up to was Sir Humphrey. Sir Walter Raleigh came back to England from Ireland in 1581 and progressed quickly in Queen Elizabeth I’s favour and in 1585 was awarded the knighthood. He participated in the colonization of Virginia by England.

Did Sir Walter Raleigh get married?

He is known to have secretly married Elizabeth Throckmorton. Elizabeth was one of Queen Elizabeth’s lady-in-waiting and Walter Raleigh married her without the queen’s permission. They were both punished for this. 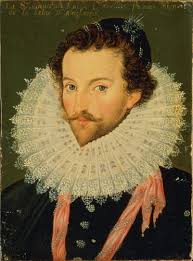 What is Sir Walter Raleigh best known for?

Walter Raleigh participated in several operations but is best known for establishing a colony near Roanoke Island, which is present-day North Carolina.

The colony he established in North-Carolina was named Virginia and sent potatoes and tobacco to England from there. He, therefore, became English first potato planter.

Did Drake and Walter Raleigh meet?

Both the men were also west-country landowners, so it is possible that they knew each other well. However, there is no evidence of whether the two men had actually met.

Why was Sir Walter Raleigh put to death?

Sir Walter Raleigh was executed by King James I, who had succeeded the throne after Queen Elizabeth I’s death. He was viewed as an enemy of the king and was charged of conspiring against him. Sir Walter was imprisoned with a death sentence.

He was, however, freed and sent on an expedition once more. The expedition failed, and once he returned, the death sentence was re-invoked against him.

Walter was also known for his height. He took over the command of the Guard and he played an important role in unfolding the Babington conspiracy whereby Queen Elizabeth was to be replaced by Mary, Queen of Scot. He was awarded a huge estate in Ireland for his role in the conspiracy.

In 1603, after the demise of Queen Elizabeth I, Walter was arrested for his role in the Main Plot against King James I but was released in 1616 to carry out a search for El Dorado. During 1579-1583, Sir Walter had been a part of the suppression movement of the Desmond Rebels. At Smerwick, after the mass killing of Italian and Spanish soldiers, Walter and other men had captured the land of Smerwick.

Apart from being one of the most famous explorers and pirate of the Elizabethan England, Sir Walter Raleigh was also a poet. He wrote poems throughout his life which were simple, easily understandable poems that spoke of love and loss. He gathered influence from his experience of various expeditions.

His poems often spoke of the corruption and hypocrisy he saw all around him. Walter Raleigh’s poetry even inspired poets like Edmund Spenser and Christopher Marlowe.

While in imprisonment, Sir Walter Raleigh also write a book titled History of the World in the year 1614.

The poem is believed to have been written from the point of view a man on his death-bed. He declares himself ready to traverse the path of heaven and imagines what his journey will be like. He also imagines what will heaven be like once he arrives there.

After Sir Walter Raleigh’s death, many people claimed to be his descendants but had no basis to their claim whatsoever.