Mary Read was one of the best known female pirates. Mary like Anne Bonny was fierce and known for her pirating skills. Mary Read was born out of an illicit relationship. She would wear boy’s clothes to pretend to be her dead legitimate brother.

Mary was allured by the military and naval adventures. This attraction led her to serve as a ‘Footboy’. While serving as a Footboy, Mary fell in love with a messmate and later on they got married. 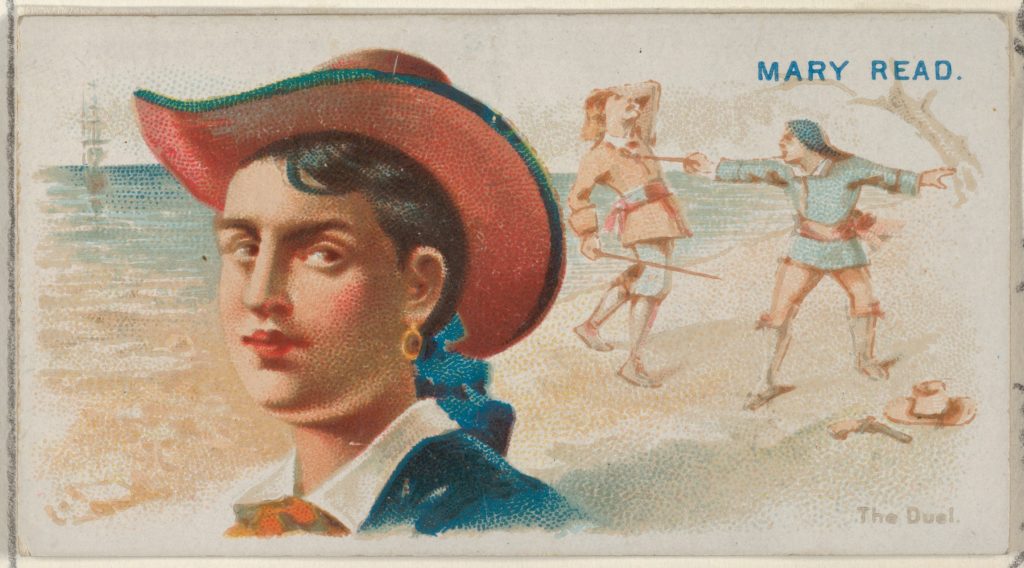 However, her married life was short lived and she again adopted the guise of a man and joined a regiment of foot in Holland. Soon, she started getting impatient with the regiment and ultimately was under the control of Captain Calico or Jack Rackham. On Rackham’s ship, Mary Read and Anne Bonny met for the first time.

Anne Bonny was dressed like a man. It is said that Anne made advances towards Mary thinking of her as a handsome young man. It was then that Mary had to reveal the truth of her being a woman. Anne Bonny and Mary Read soon became good friends.

A famous story about Mary is her fight with a pirate. There was a young pirate on the ship whom Mary liked. This pirate once had an argument with an older and experienced pirate. The fight was to settle the dispute between the two pirates. Mary was sure that the man she loved would eventually be killed so, she started her own fight with the older pirate. Mary was known to keep cutlasses and pistols with her.

Once the fight began, she was able to resist the old pirate for a long time but she soon realized that the other pirate is close to overpowering her and of course would win immediately. She opened her blouse revealing the fact that she actually was a woman. This completely shocked her opponent.

Mary took advantage of the situation and killed her opponent. When her lover came for his fight, he saw his opponent already dead and Mary standing close to his body. The two soon got married. Again, Mary was not lucky to have a successful married life.

A few days after their marriage, Rackham’s ship was captured by the Jamaican Government forces. The men and these two females had separate trials. In the trial, all the men were found guilty and were sentenced to be hanged.

The female pirates escaped death as both were pregnant at that time. Some believe that they were hanged after the birth of their children. It is said that Mary either died during childbirth in 1721 or she died of fever after the birth of her child.