Sir Francis Drake was born in 1540 as the eldest son to a Protestant farmer. It is not clear if his birthplace was Tavistock, Devon or Plymouth, England. It is said that Francis Drake got his name from his godfather Francis Russell, II Earl of Bedford. Francis Drake married twice but had no children.

After his death, he passed his titles to his nephew, also named Francis. Sir Francis Drake began his career when he was barely twelve years old as a crew member of trading that took place between the Thames and

The cross channel ports. At the age of twenty years, Francis Drake succeeded the owner of the ship after his death. Francis Drake was twenty-three when he took his first journey to the New World along with his second cousin Sir John Hawkins.

Around 1568 Francis with his cousin had been at the seas when they were confined by the Spaniards in San Juan de Ulua. This incidence had a life-long effect on Francis and he developed a grudge against the Spanish.

In 1572, Francis schemed to attack Spanish Main. This was a prime area as it was here that the treasure from Peru came and was then sent to the Carribean sea. During the assault, Francis was badly wounded and was adamant to save his life and leave the captured treasure.

In 1573, Francis along with Guillaume Le Testu attacked a mule train. Their raid was successful but the quantity of their plundered treasure was very heavy to carry and so some of it was buried. When Francis and his crew reached the place where they had earlier left their boats, to their surprise, the boats were not there.

Francis made a small ship good enough for him and two of his members and reached the place where he had his flagship waiting for him.

In 1577, Queen Elizabeth I had asked Francis to begin a journey against the Spanish around the Pacific ocean. He and his crew were stranded at Falmouth, Cornwall due to the unfavorable weather and soon returned to Plymouth. He again started off for the task taking the ship- Pelican, four other ships and a crew of around 164 men. 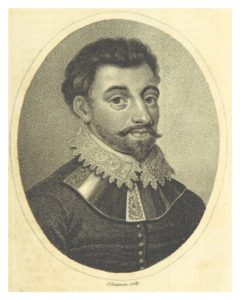 He after some time, captured Mary, a Portuguese trading ship and made Nuno da Silva its captain. Francis had renamed Pelican as Golden Hind. The Golden Hind traveled around the Pacific ocean and also attacked Spanish ports and towns that were nearby.