The hats of the Tudor period were an essential part of everyday attire. The Tudor period is regarded as being something of a ‘Peacock Age’ it is was a time of ostentatious display of wealth and finery. The wealthy were able to select from a wide range of materials from which their clothing and their hats could be made such as velvet and silk, whereas the poor were left with mainly wool which to make their hats.

There was a law passed in 1571 which declared that in order to benefit the woollen trade in the country at that time, everyone over six years of age was required by law to wear a woollen cap every Sunday. As you would expect it was only the common man that was held to obey this law as royalty and the nobility were excused, as wool was regarded as being the material of the poor man. 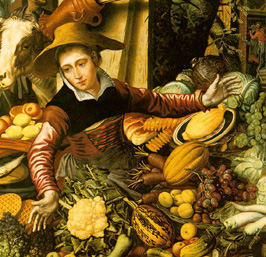 While some of the hats of the time were unisex, and could be worn by either a man or a woman, there were some styles that were favoured only by women. Fashion dictated at the time that a woman should cover her hair, it was the headdress that was worn which would ultimately dictate the way that the hair could be worn.

Head wear for women could include a coif, a caul, a hat or a veil, and a number of different styles were available. The coif was also known as the biggin and was worn by all poor women, including nuns and children. It was constructed from simple white linen and formed a tight fitting cap which was fastened beneath the chin. The coif when worn by a wealthy woman was used to keep her hair in place under a more fashionable headdress. 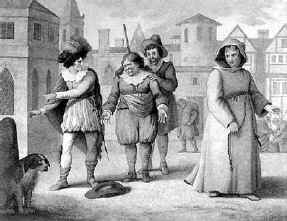 The French Hood was introduced to the Tudor Court by Anne Boleyn, this head wear sloped back from the face, the edges of which would be trimmed with pearls or glass beads, with a veil at the back to cover the ladies hair. The atifet while similar in style to the French hood was formed into a heart shaped crescent at the top, and is the style of head wear most commonly associated with Mary, Queen of Scots.

About Tudor Hats for Men and Women

The edges of the atifet were commonly trimmed with fine lace. The caul was simply an ancient version of the modern day hairnet, used to cover the hair and hold in in place, it was often decorated with glass beads. The pillbox hat was a simple hat which had a veil attached to the back to cover the hair.

The hats of men were often used as tools to indicate their wealth and social standing. During the Elizabethan period men were required to wear a hat, with the decorations and adornments being made use of to make a social statement. It was common for men of all levels of status to use feathers for decoration, thought the larger and more ostentatious feathers were used by the nobility. 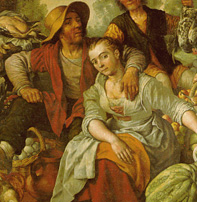 Men’s hats could be made from velvet, silk, wool and taffeta. Part of the brim was often turned upwards and affixed to the crown of the hat by means of a brooch. Men would also have their hats decorated with ribbons, badges or a jewelled band which was known as a bilament.