In the year 1552, Juan de Onate was born in Zacatecas in Spain. His family was noble and owned many mines in the city. Onate is often referred to as the last of the great conquistadors and was the colonial governor of New Spain. He was known for exploring new lands and had discovered many places in southwestern USA.

During Elizabethan era In 1581 through 1582 he became a part of the Chamuscado and Rodriguez Expedition which aimed at spreading the influence of Roman Catholicism to other lands. Later in 1595 he was ordered to set out to make Rio Grande Valley in to a colony of his native folks and establish Spanish influence over its people. 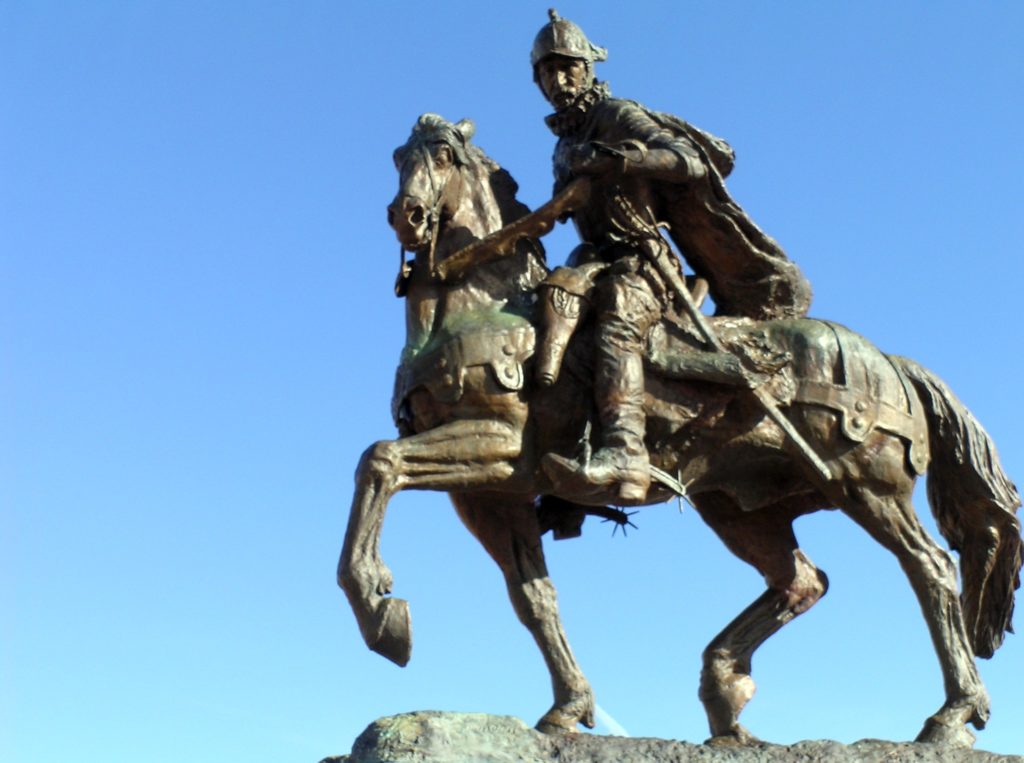 It took him the next three years to successfully fulfill this aim and by 1598, Juan de Onate had established Spanish influence all over New Mexico including those parts that lay across the river. After this the great man continued towards the northern side of New Mexico.

On his journey he came into contact with and interacted with many Pueblo Indians. It was at this time that he discovered “Santa Fe de Nuevo Mexico” and became the Governor of this new land. The stories of his adventures during this expedition can be found in Villagra’s epic story named ‘Historia de Nuevo Mexico’ which was written in 1610.

Onate was known as a strict leader who kept his people under control and was an able ruler. However, in 1598 there was a struggle between the Spanish military and the Acoma tribesmen, when the former demanded goods and supplies that were essential to the Acoma tribes and thus they refused to part with the supplies. The conflict led to a great amount of death and injury.

In 1601 Juan de Onate undertook a famous expedition with the aim of discovering and exploring the Great Plains. In his adventure he was led and guided by Jusepe through the unknown terrain. On his way back from Mexico, he was attacked by the Escanjaques and he successfully fought against them.

He embarked on an interesting exploration of the Colorado River in 1604 and continued this adventure till 1605. This was the last of the many of his famous adventures and expeditions. On his return home, he was tried and accused of immense cruelty to his fellow Europeans as well as towards the Indian subjects.

Later, he was made the Head of Spanish mining inspectors. He died in Spain in the year 1626. However, he lived on in the memories of his people! The Onate Monument Visitor’s Center at Espanola and his statue in El Paso which was built over several years are living examples of his greatness.